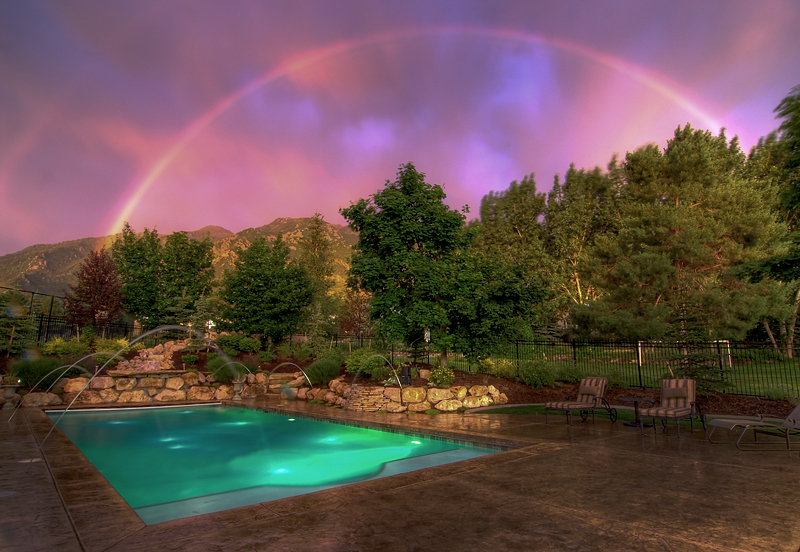 Backyard Rainbows… This is the life.

It’s been a bit of time since I last updated this blog. In that time frame, I’ve managed to fly back to London, Ontario, get my university degree from Western, pack up my house, move everything to a storage locker, book a big corporate client and do a 7am shoot for them, and fly back to Salt Lake City for the next six weeks where I’ll be riding my bike… and that’s about it.

Flying with bikes is a real pain in the ass. Somewhere in the last few months, Delta upped their minimum charge by $75 for a total of $175, which I then have to pay tax on, bringing it to $185, on top of that, it’s a US airline, so that’ll be US Dollars… thanks a lot Delta. If you’re lucky your box won’t get hammer-tossed onto and off of the plane. When it finally reaches you on the other side, the wheels are out of alignment and that’s a few more bucks having a local shop get them spinning in a straight line and less like a taco. If I can avoid flying with a bike again, I will.

Yesterday involved a trip to the Draper DH course. I’d read about it as a decent local downhill bike trail, so decided to give it a go. All went reasonably well, until I reached the end about 15 minutes later… and realized where I was. An hour hike-a-bike from where I parked my car… that really sucked. Never again without a shuttle.

After spending a whole day with power tools to refinish some Muskoka Chairs for the parents, a big storm blew up from the valley and right over the house. After the storm cleared, an awesome sunset with an epic rainbow. Photographers dream. 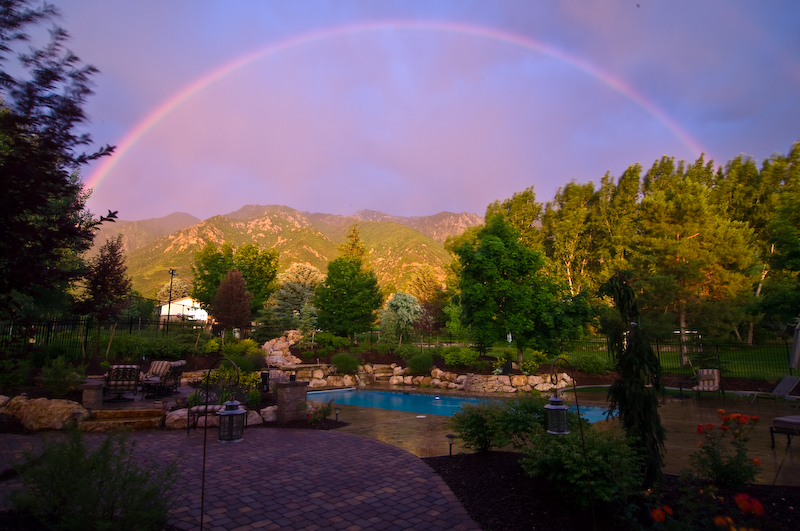 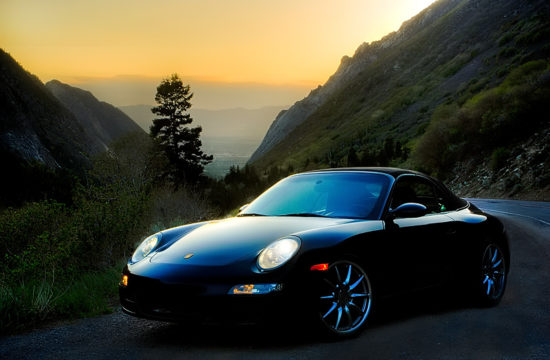 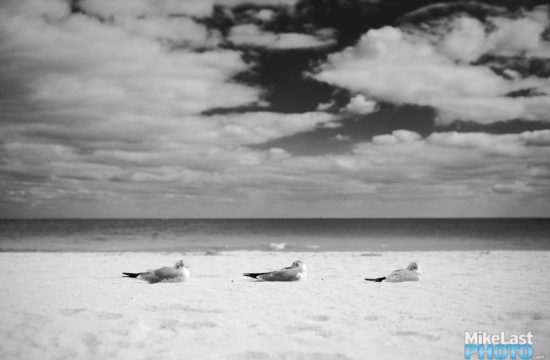