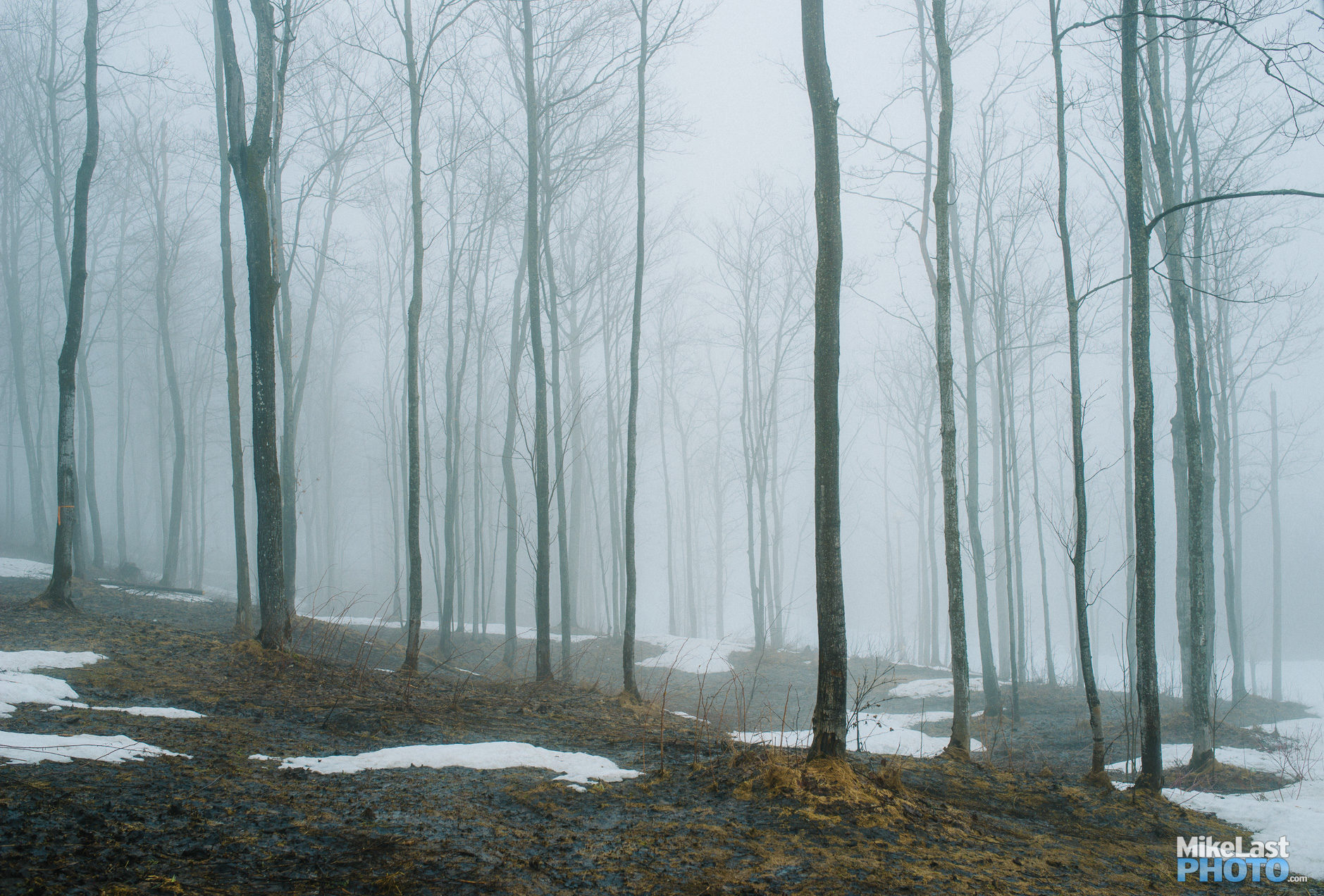 The final Saturday at Blue Mountain for the 2013/2014 season was a rainfest. With the fog rolling in and out all day, the snow melting fast, and only six runs open, stoke was limited. Grabbed the camera from the base and made cool images with the last of the snow in the woods. Had to thread the needle to get out of there, but ready for bike season. 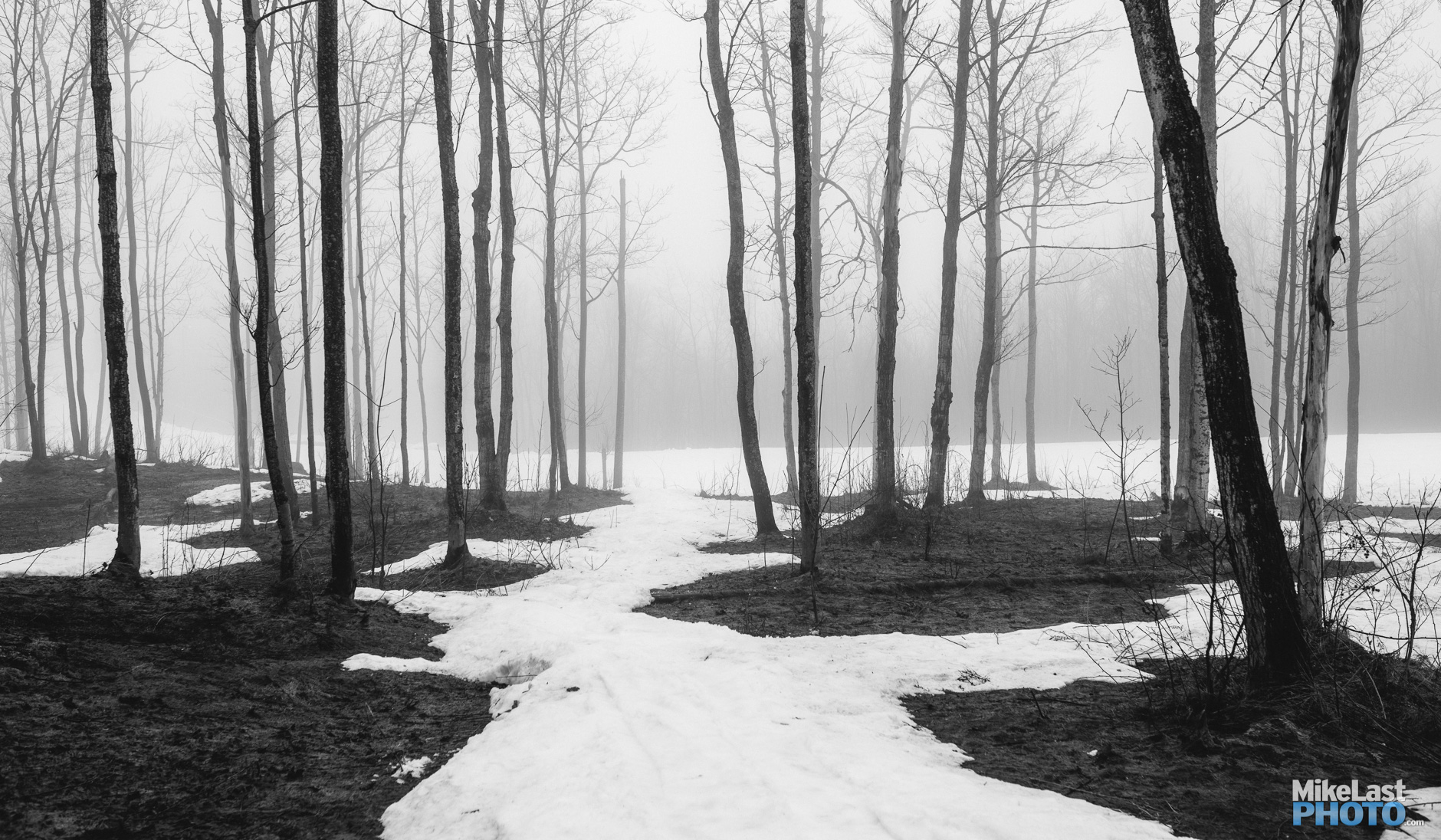 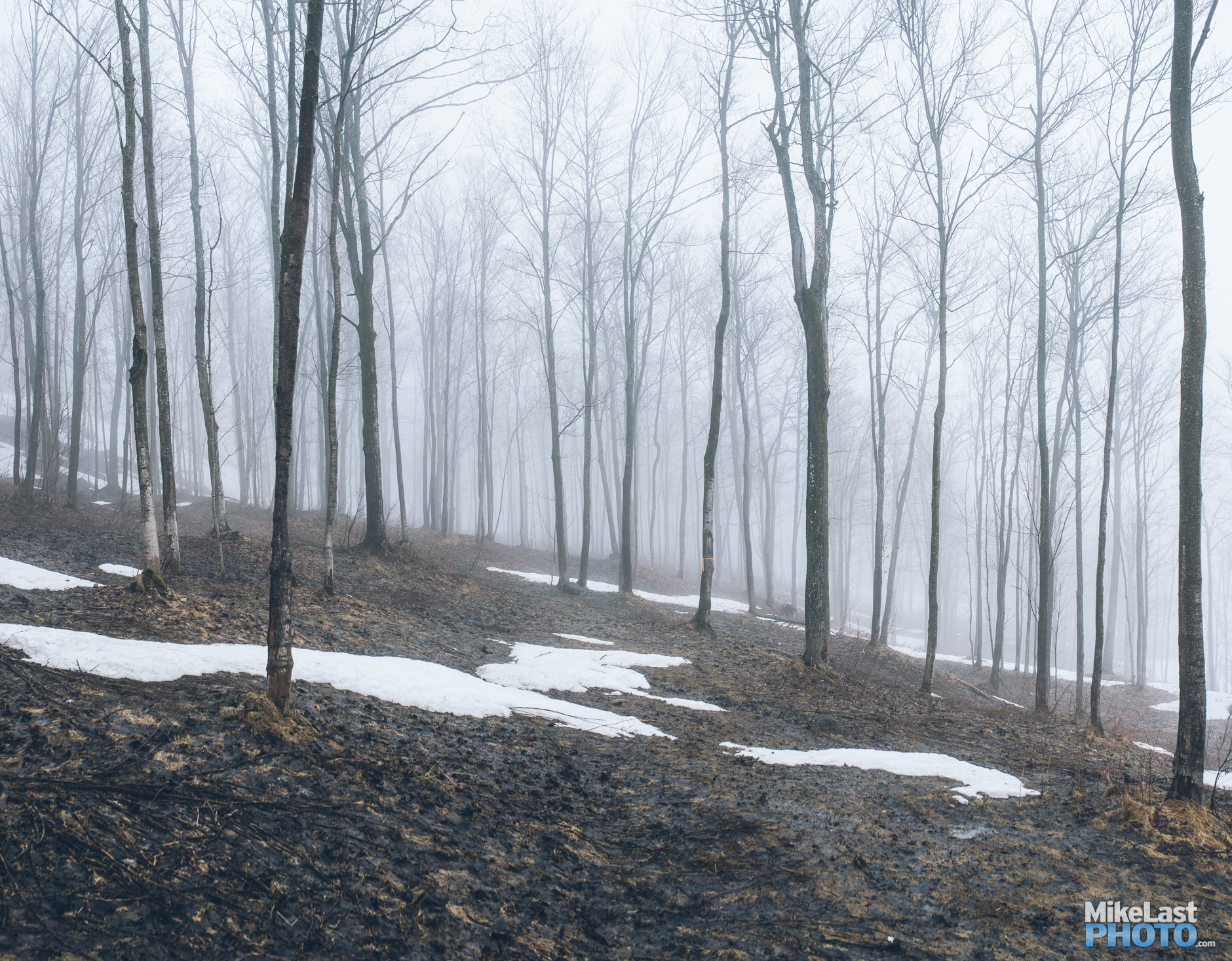 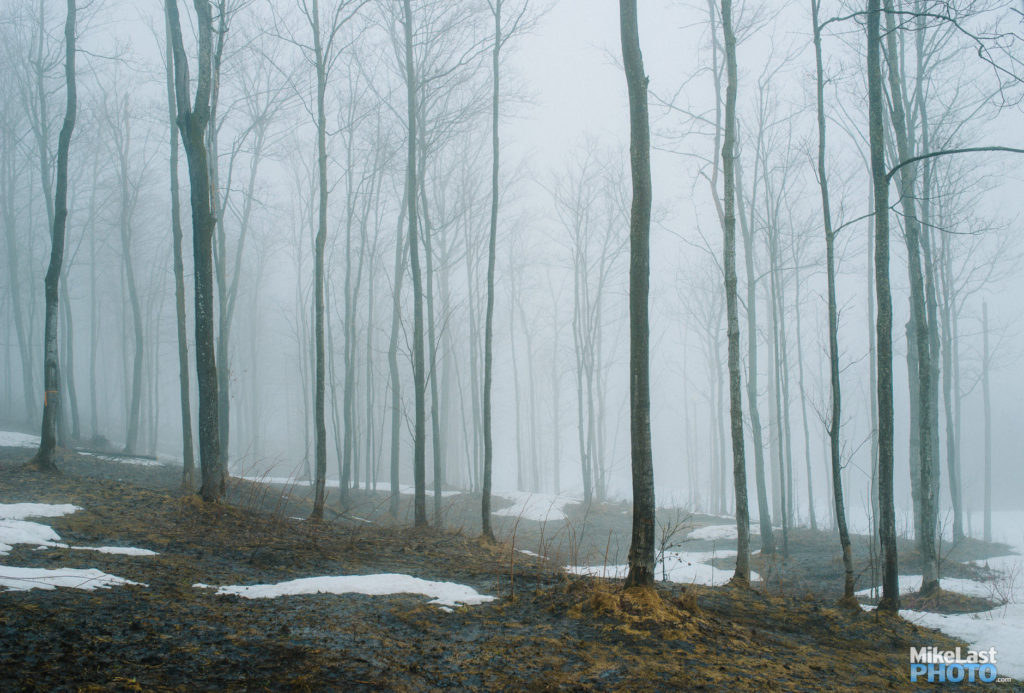 A quick 45 minute drive through the back roads of Grey County brought us to Flesherton, ON and a solid lunch at the Bicycle Cafe. A 5 minute drive down the road brings you to Hogg’s Falls. Hogg’s Falls has an incredible 15 ft waterfall, but with snow and ice still on the ground, I wasn’t looking to repel to the bottom for a good angle. Apparently there is a rope to scale down the cliffs, but it wasn’t to be found on this adventure. Here is the river upstream instead. I’ll be back. 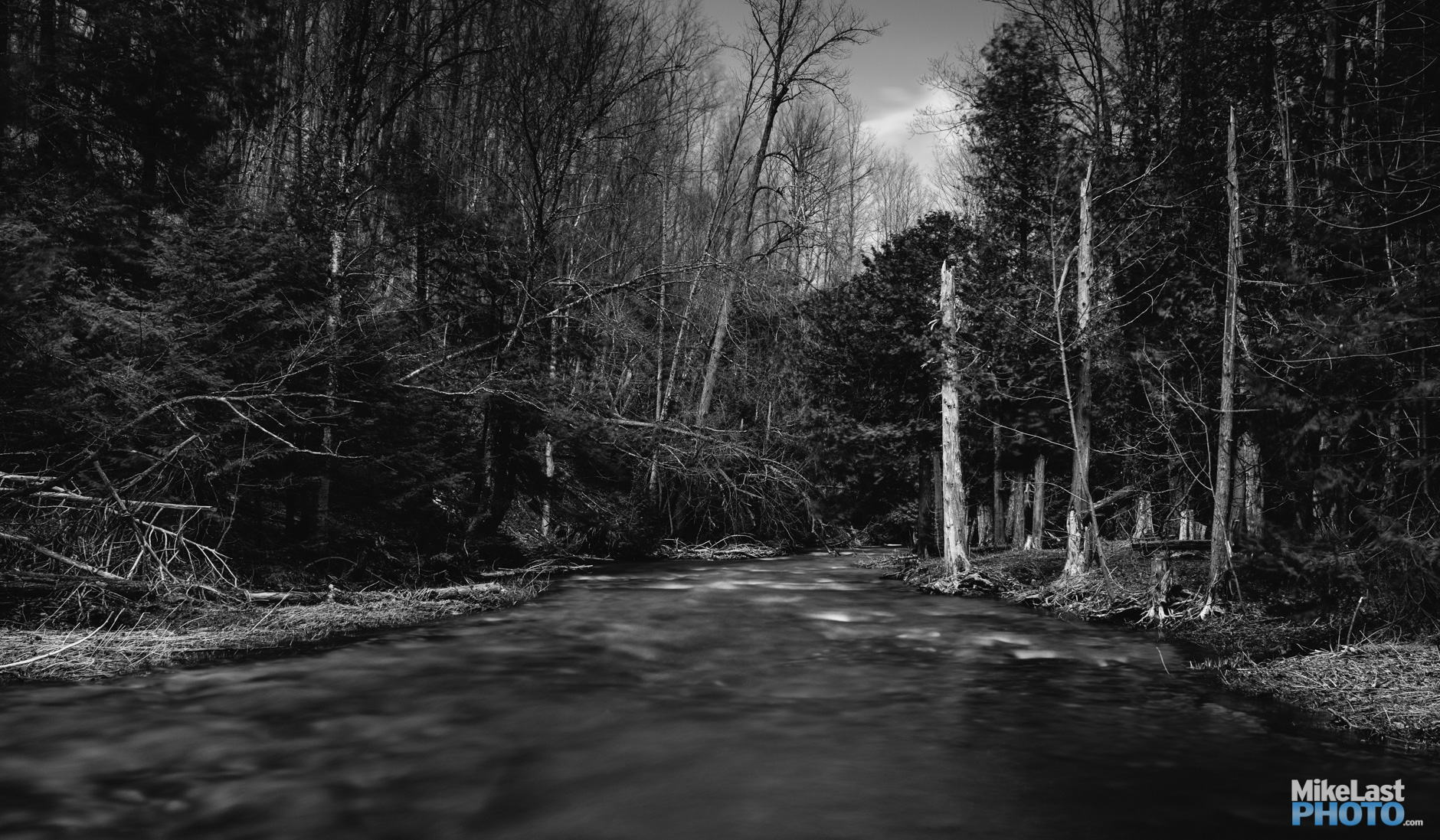 From Hogg’s Falls, a 15 minute drive will take you to the trail head of Mount Baldy. An easy 15 minute hike will bring you to this lookout. Beaver Valley Ski Club can be seen in the distance. The former Talisman Ski Resort can be seen from this lookout as well, but a lack of man-made snow meant no snow on the runs. 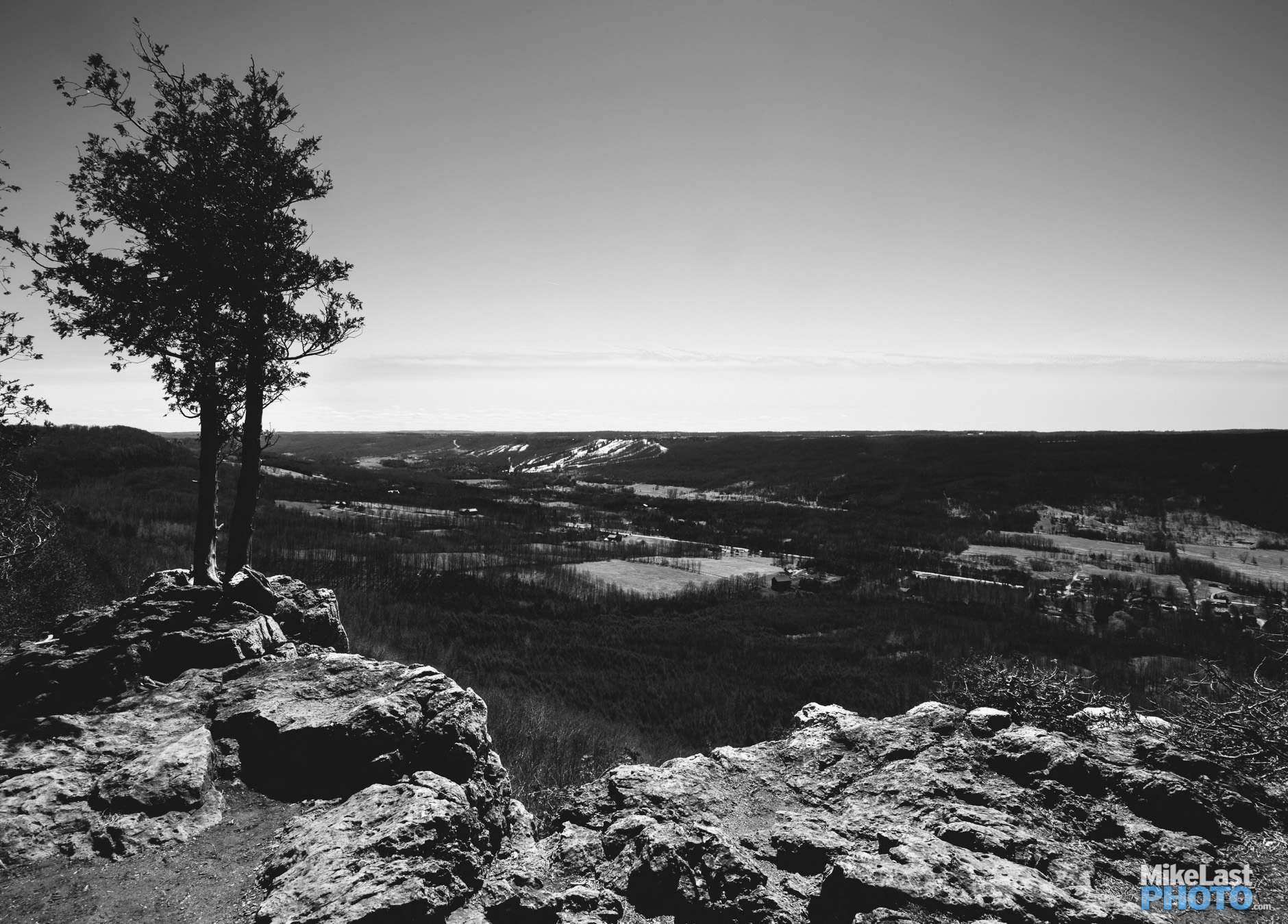 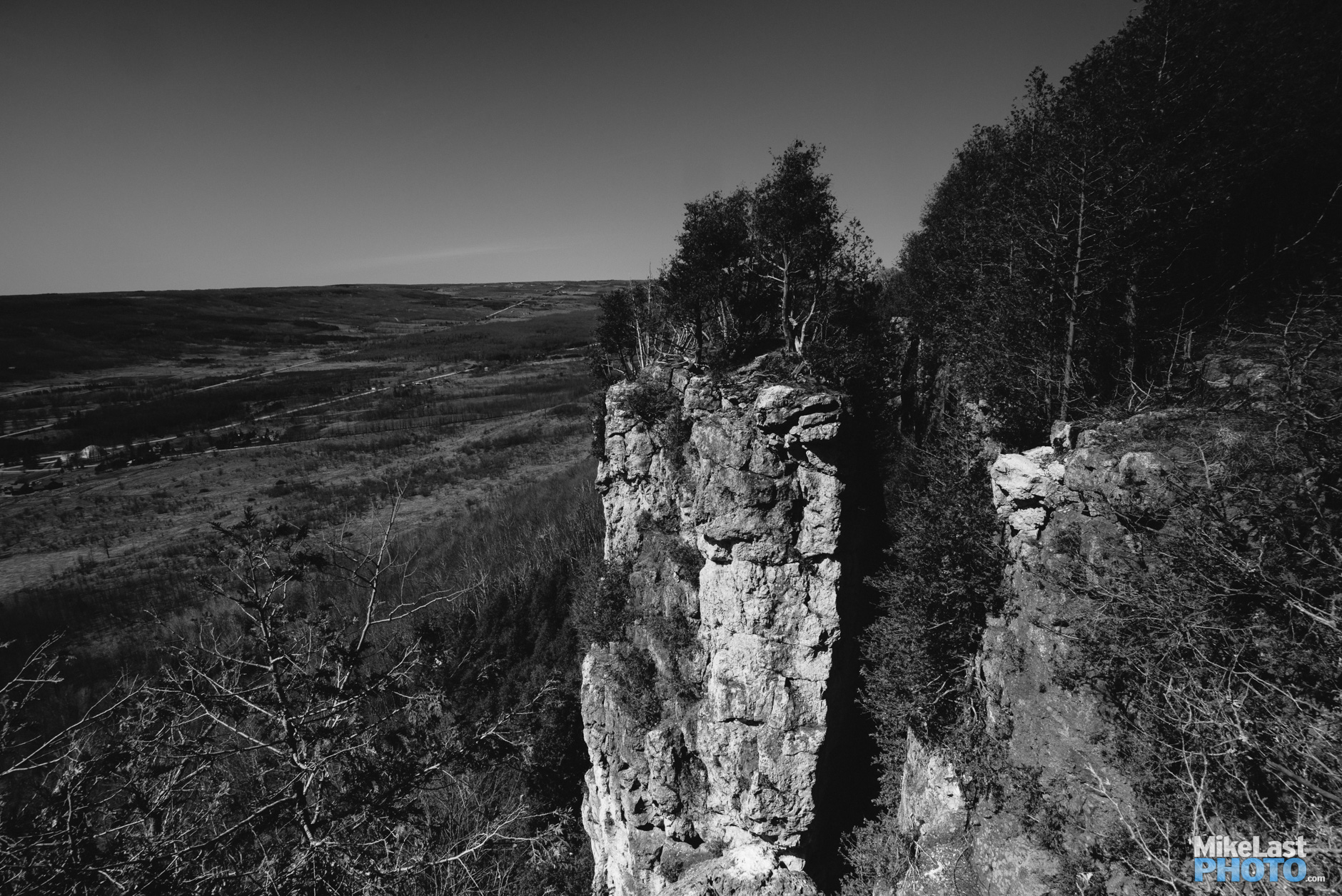 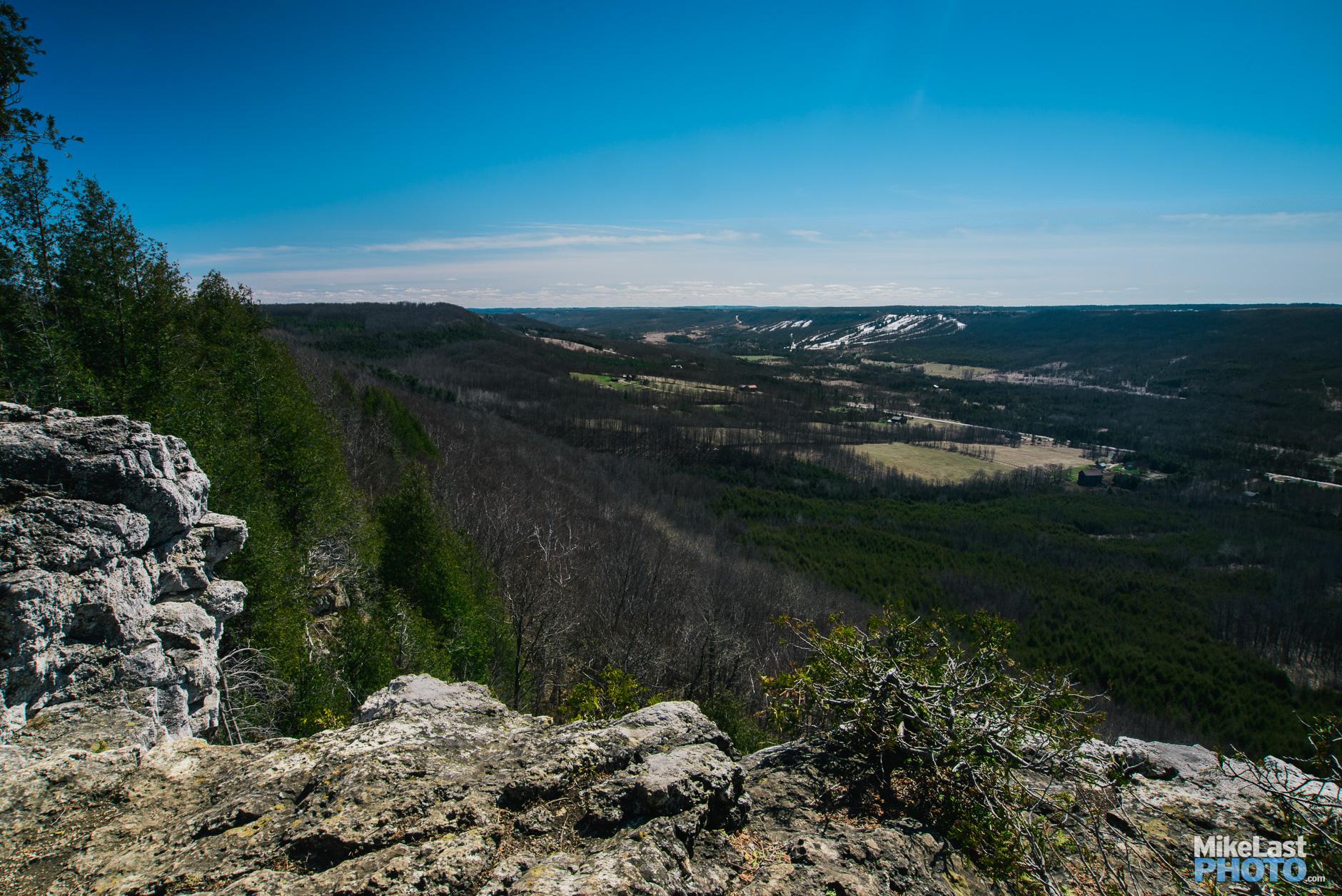 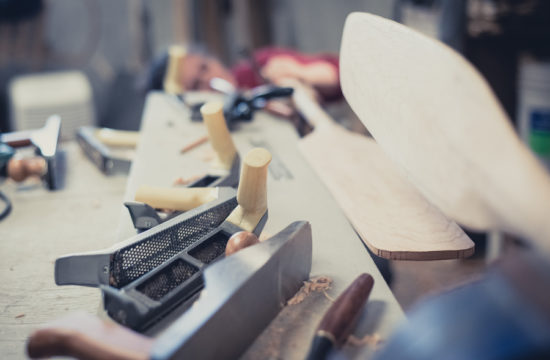 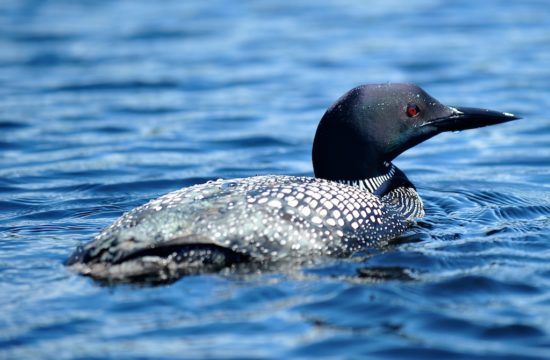