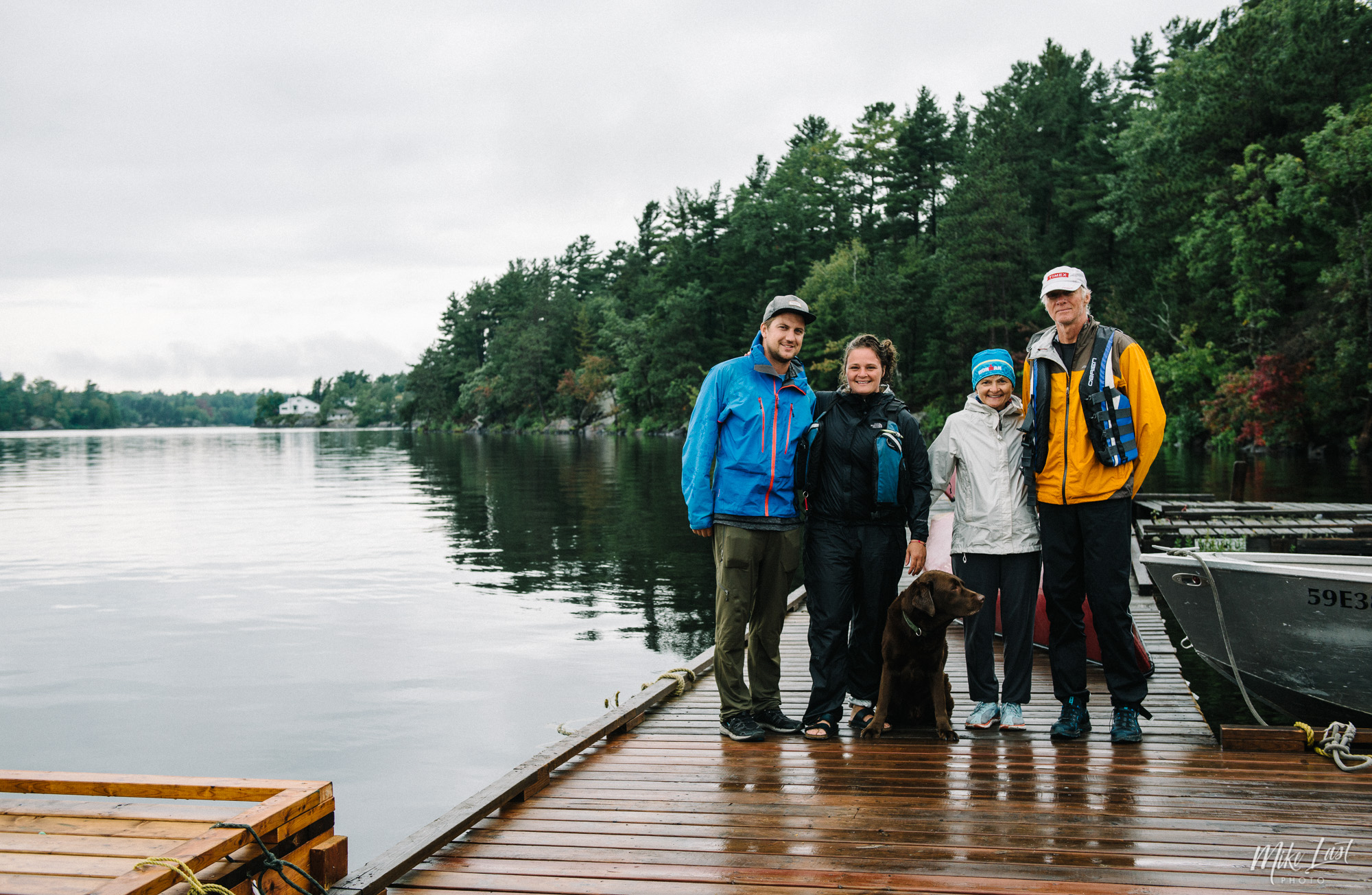 The next stop on our expanded tour of Ontario’s Provincial Parks this summer would be a three day canoe trip through the French River, which runs from Lake Nippising to the Georgian Bay and is considered to be the dividing line between Northern and Southern Ontario. A historic route for French explorers of the 17th century, it was also popular with missionaries and logging operations, evidence of which can still be easily found today. This is also the first Ontario Park we’ve been to with easy access to introductory level white water. There are 240 campsites available in the French River, with very few separated lakes. While this makes it an incredibly accessible park to novice canoe trippers, it could make for a long day if no sites are available in the area you are hoping to camp.

On this three day trip, we put in at French River Trading Post (the only outfitter with a rental canoe available at that time), on the east side of Hwy 69 and paddled down the French River, into the figure 8 and out onto Georgian Bay, with a return through Bass Lake and up to the Hartley Bay Marina. Our campsite the first night was on the northeast corner of Merringer’s Island, a nice little spot tucked into a small bay off the main channel. Unfortunately, the campsite didn’t have much room for tents, but had great swimming and a nice fire pit.

Our second night was spent on Obstacle Island in the Georgian Bay. That campsite was complete luxury, with lots of rolling hills to explore, swimming, tent space and plenty of wild blueberries.

Our third day of paddling through Bass Lake was some of the most interesting landscape I’ve seen in Ontario, with very narrow fingers of lake zig-zagging through the Canadian Shield formed by glacial activity thousands of years ago. Much to our disappointment, the thunder rolled in and skies opened up as we prepared to leave our campsite that morning. With rain hammering down and the nearby flashes of lightning, we were forced to push through the stunning landscape at speed, leaving behind some stunning photos.

Ever an optimist, I’ll just need to plan my next trip to the French River. 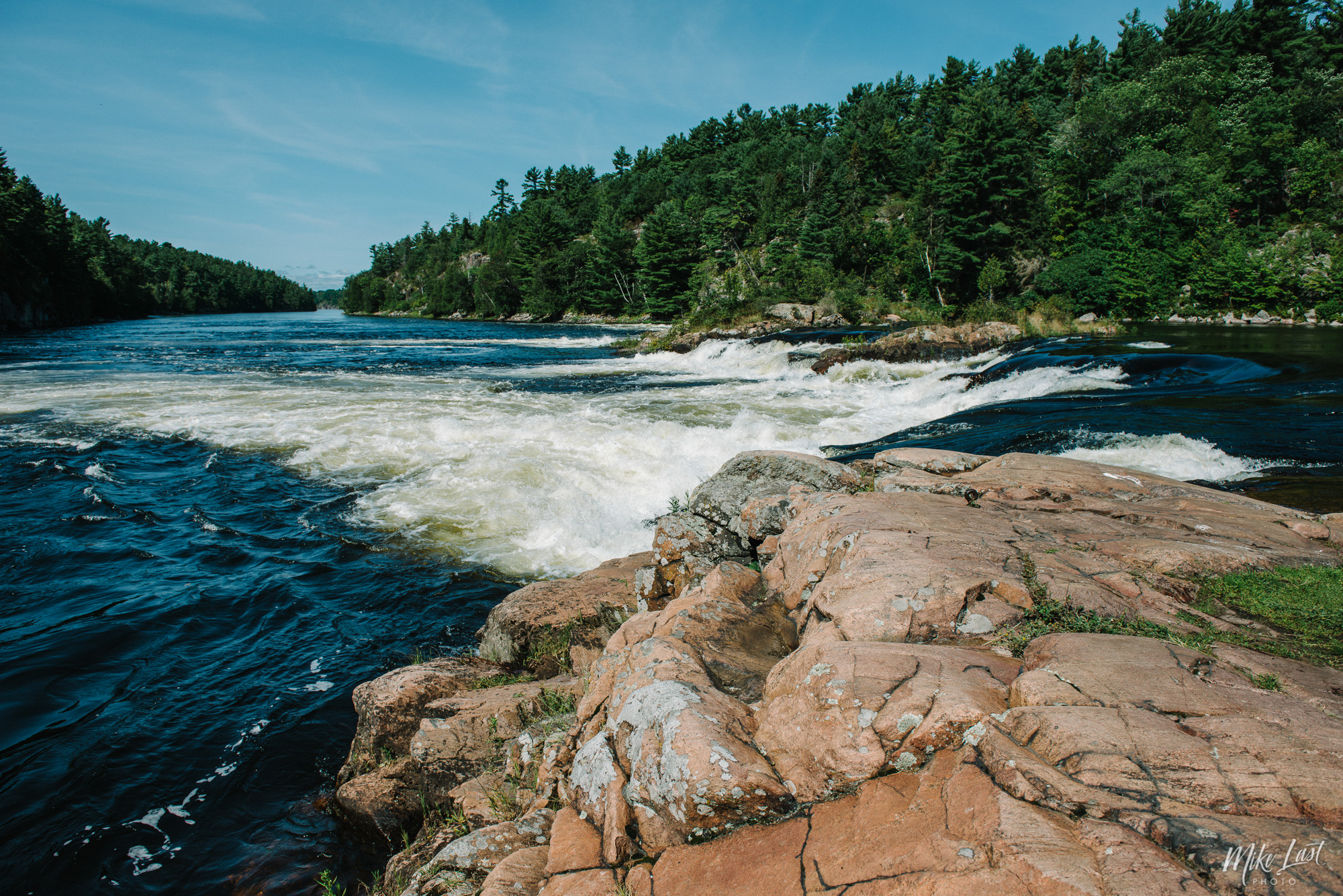 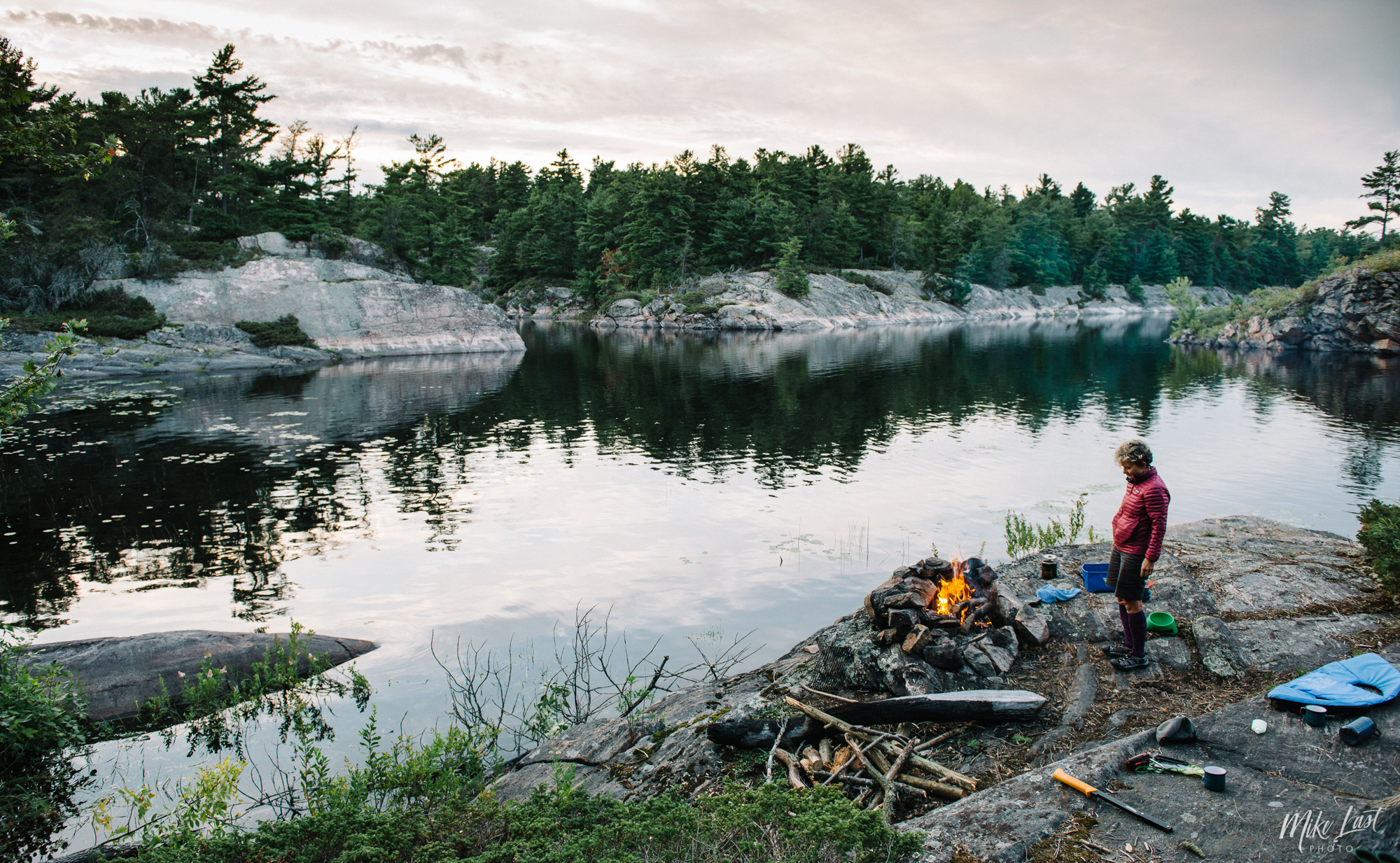 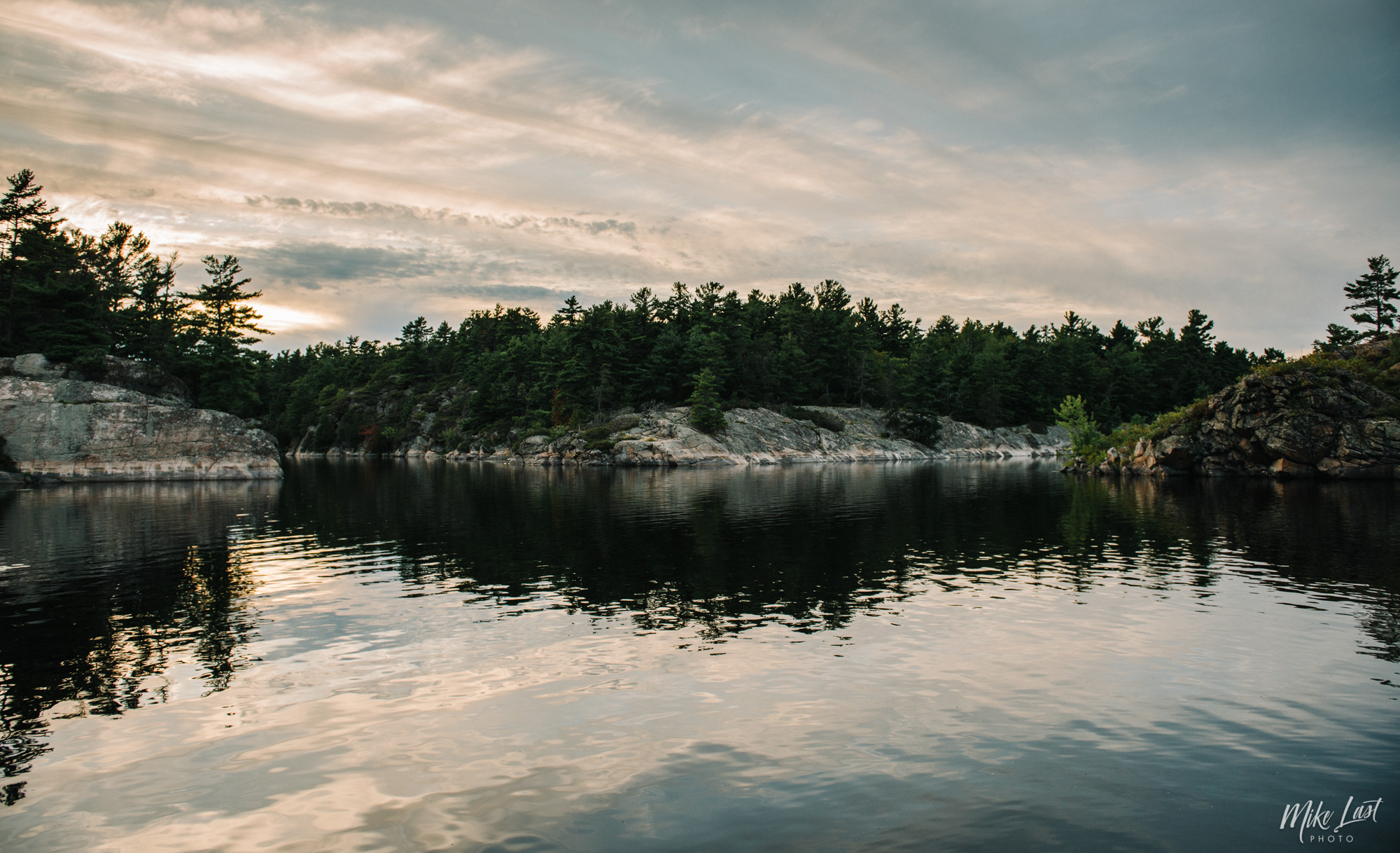 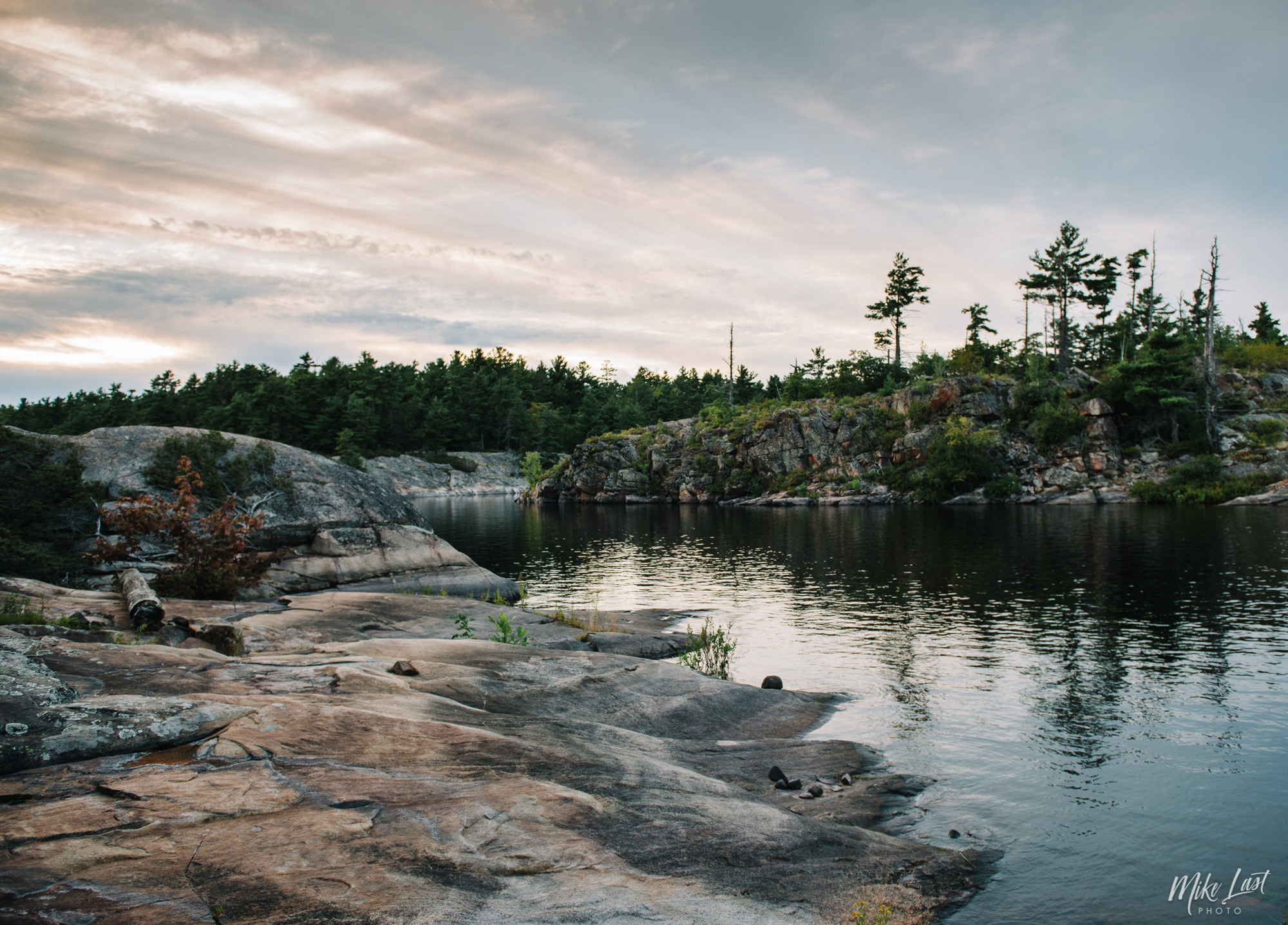 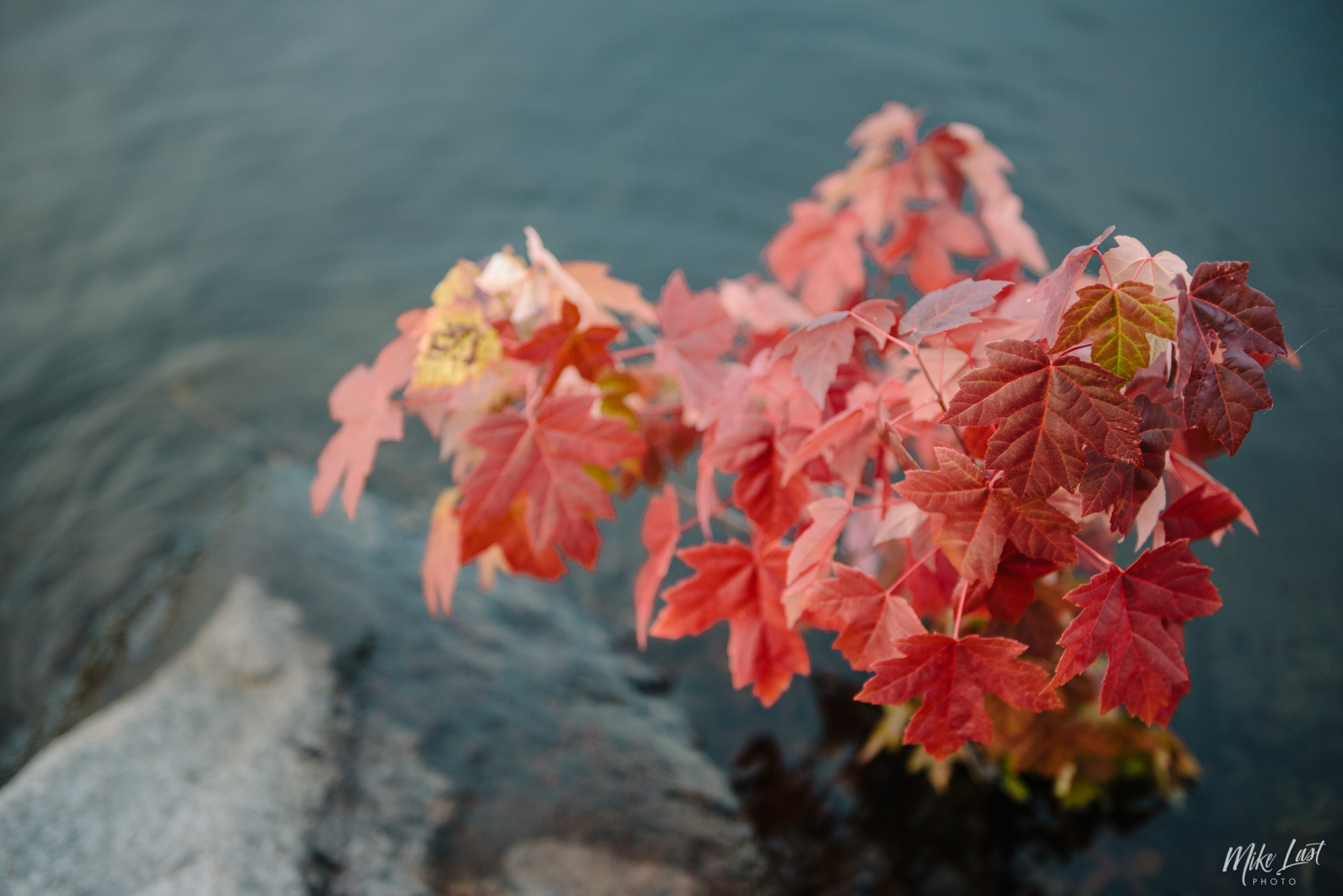 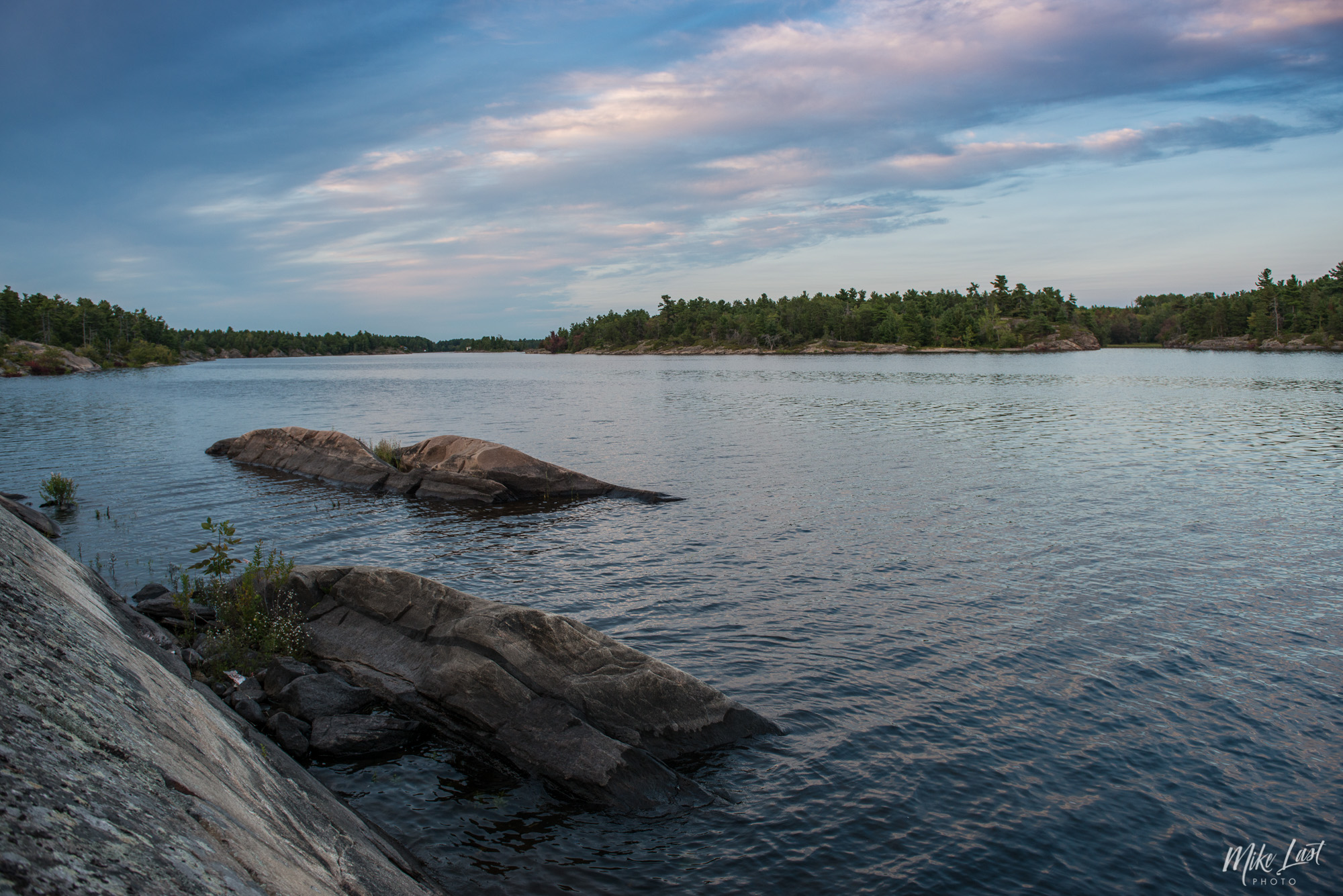 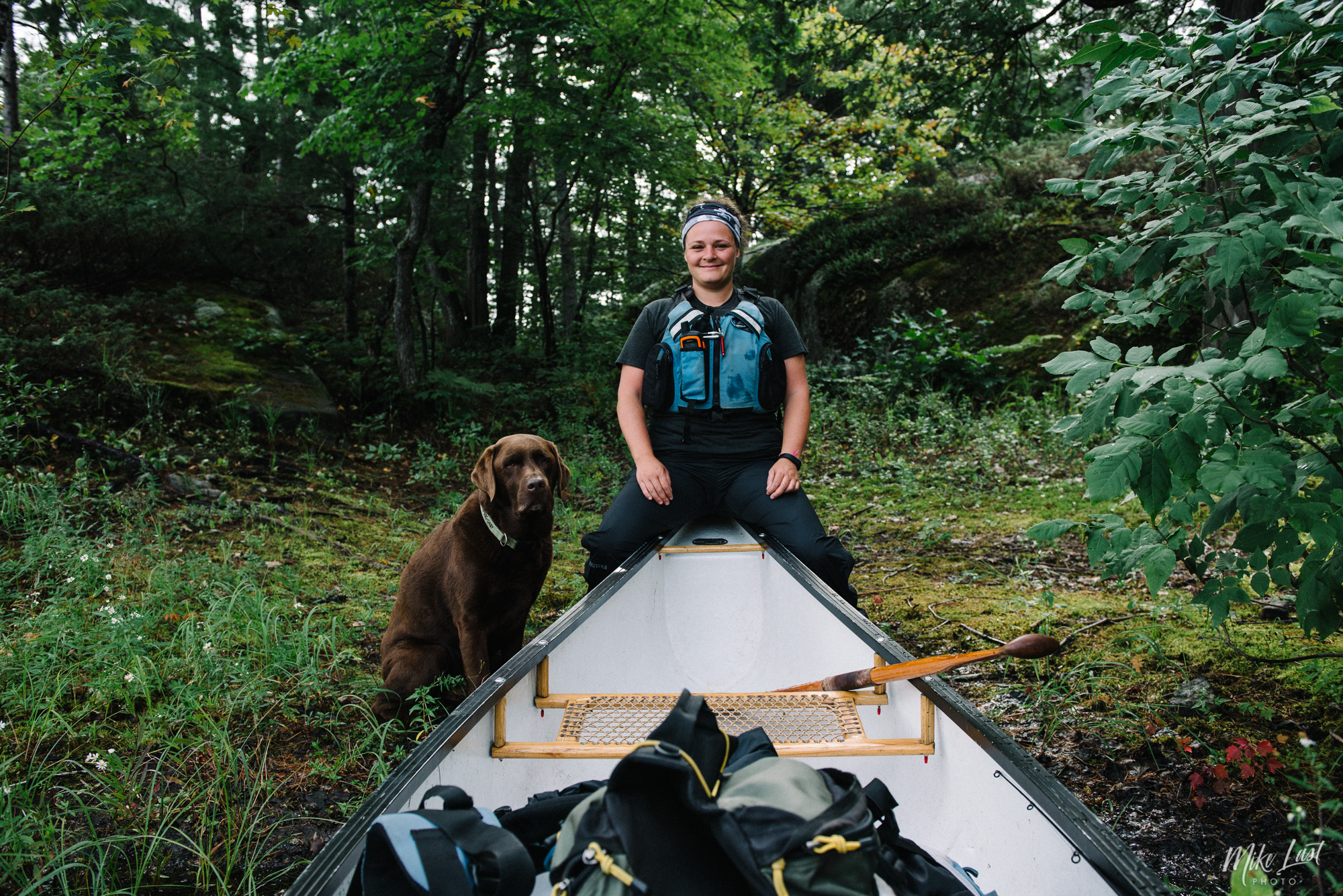 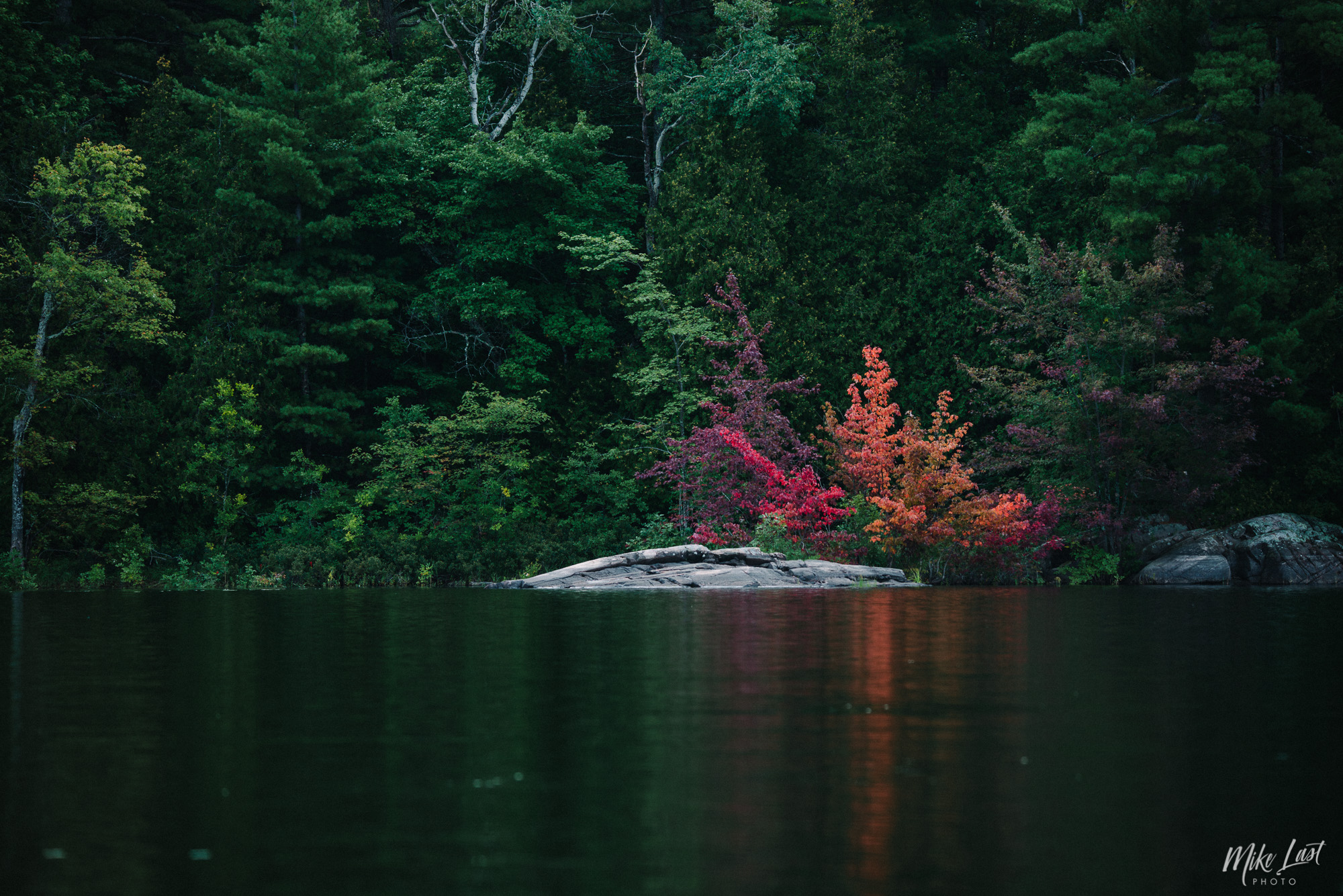 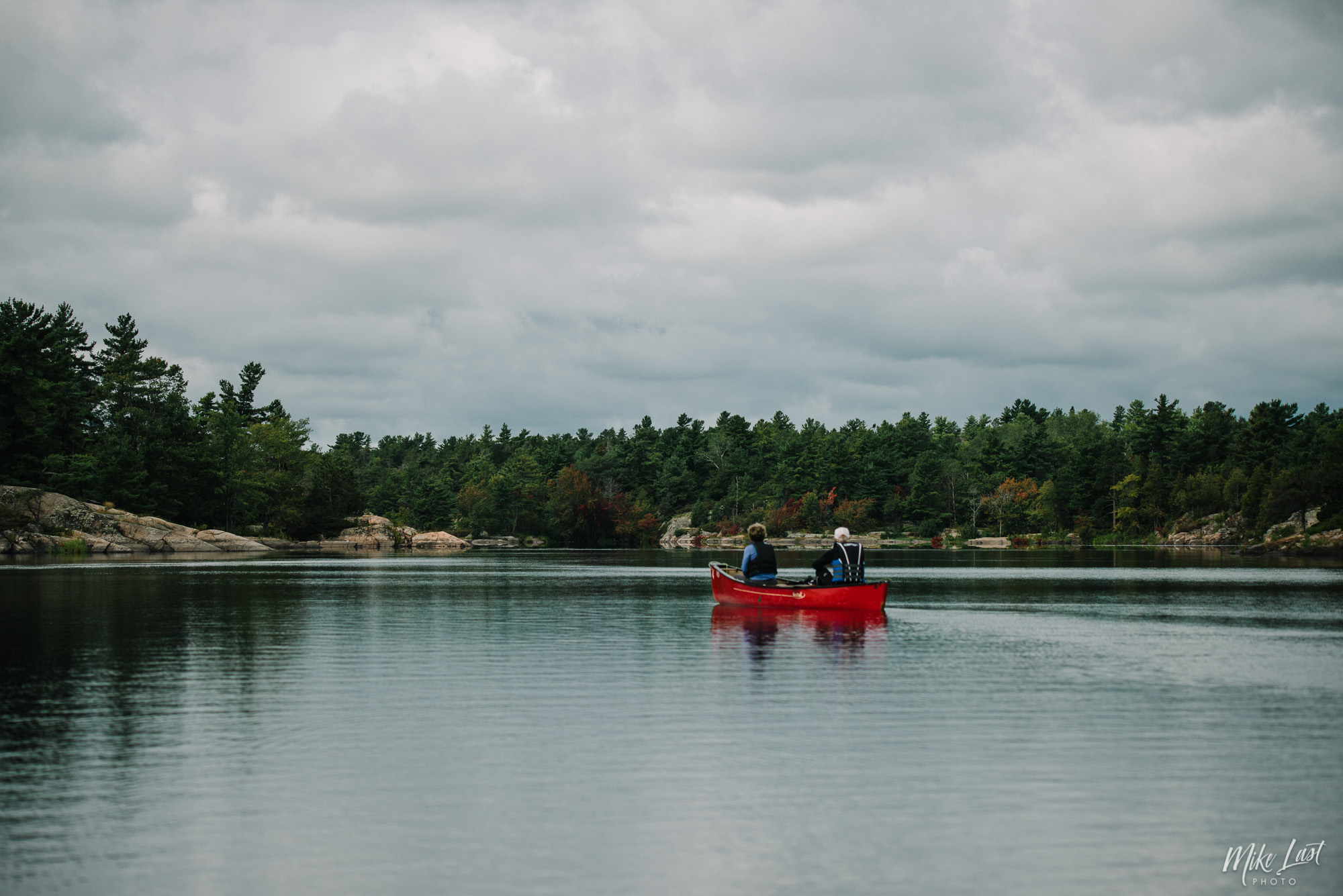 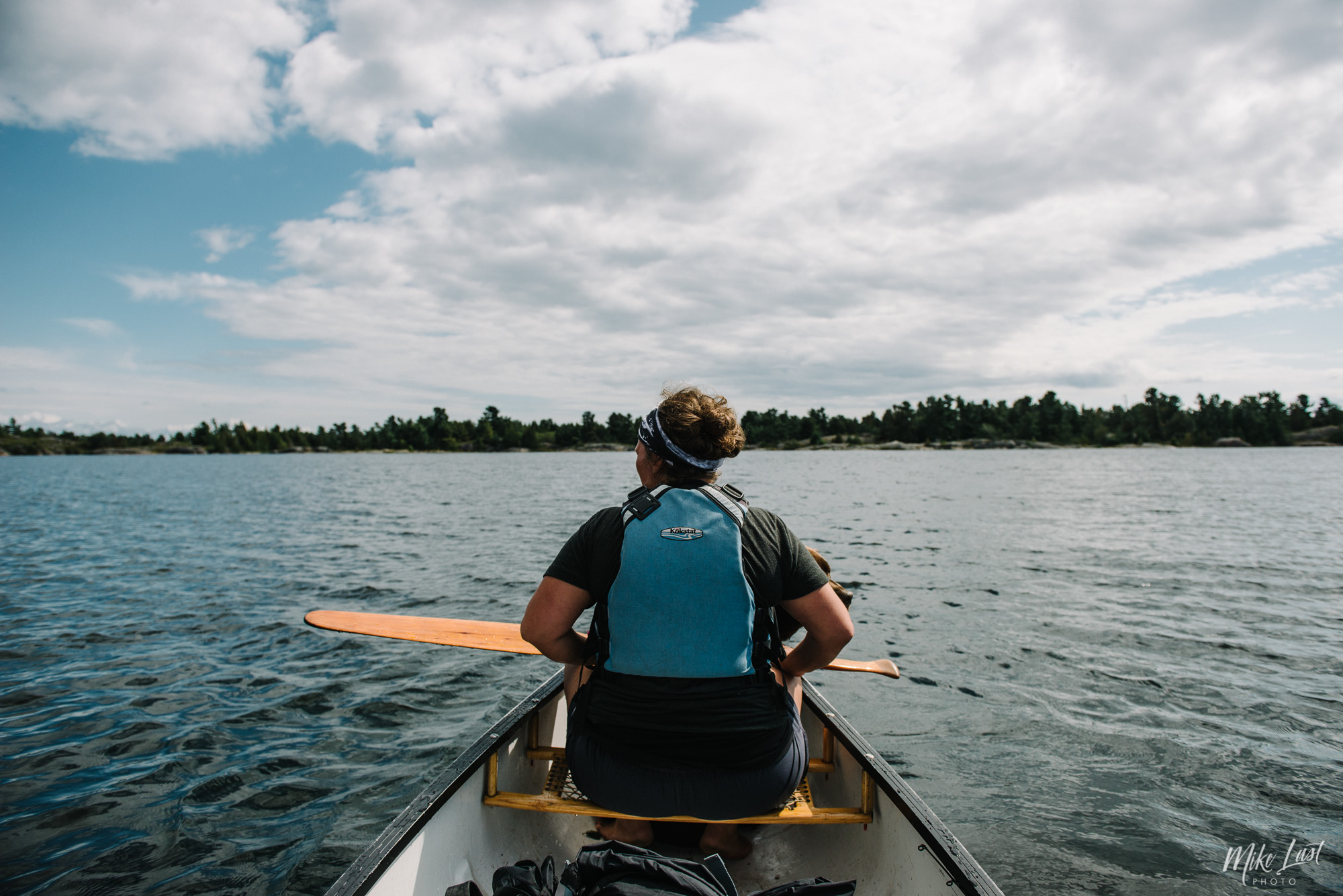 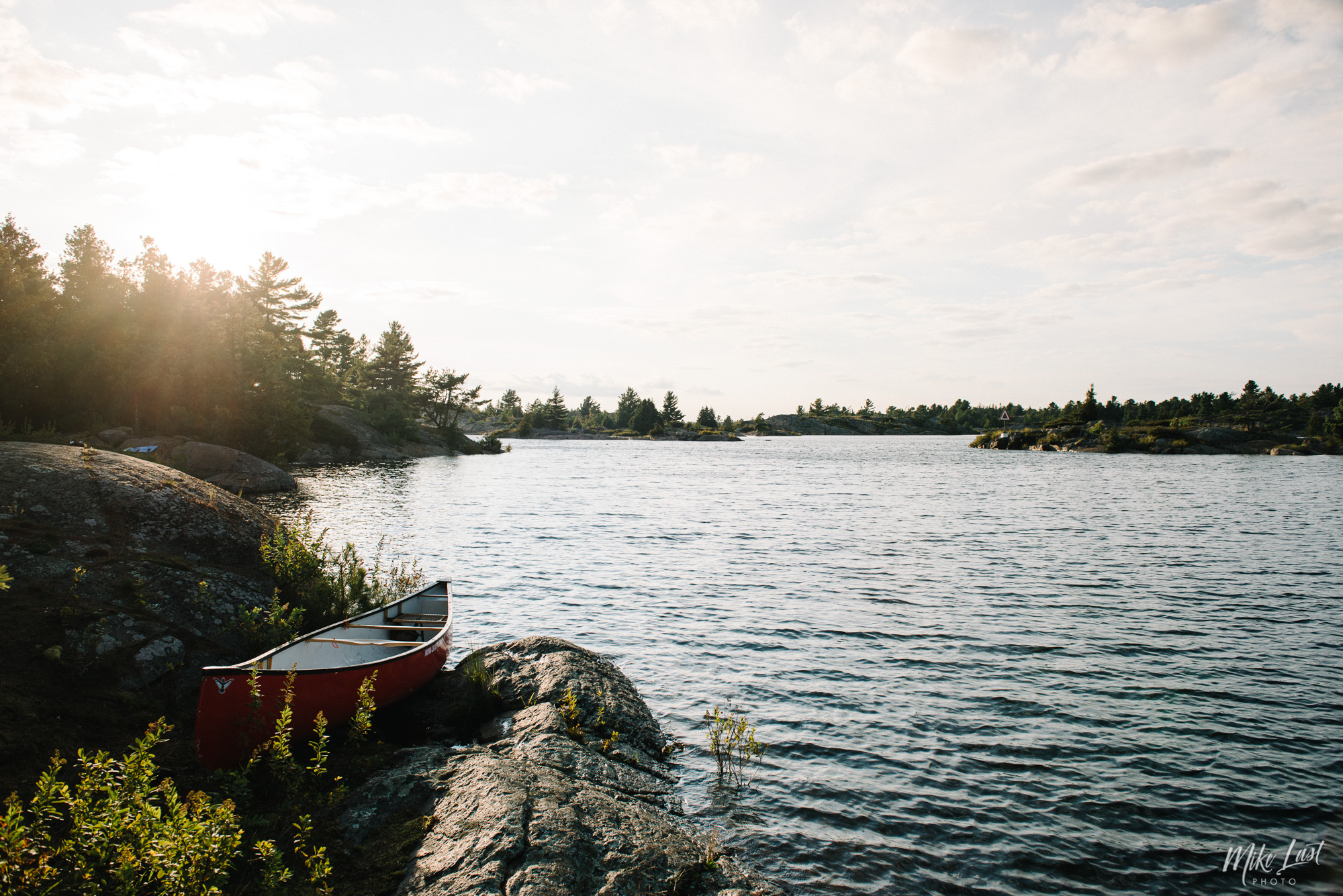 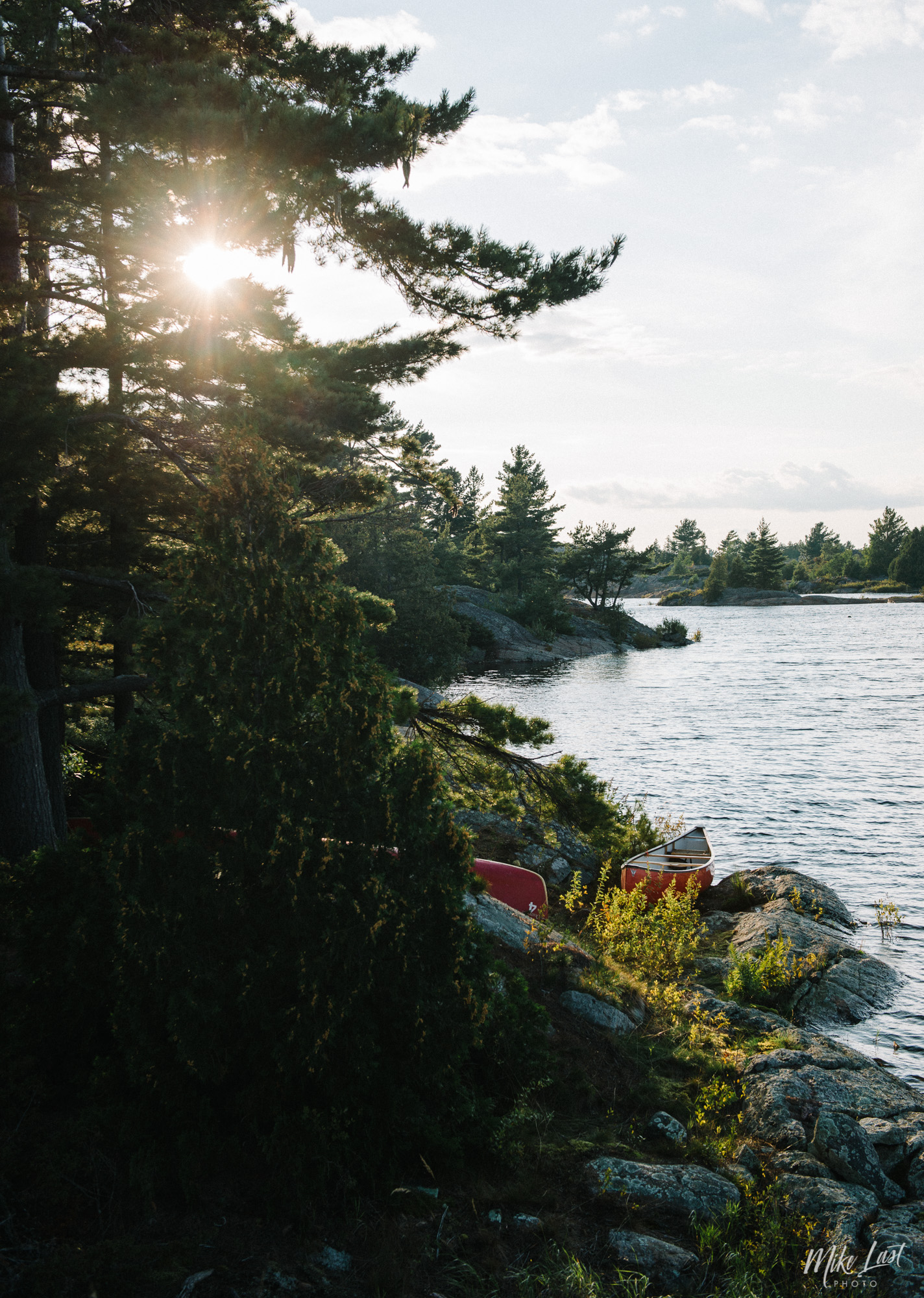 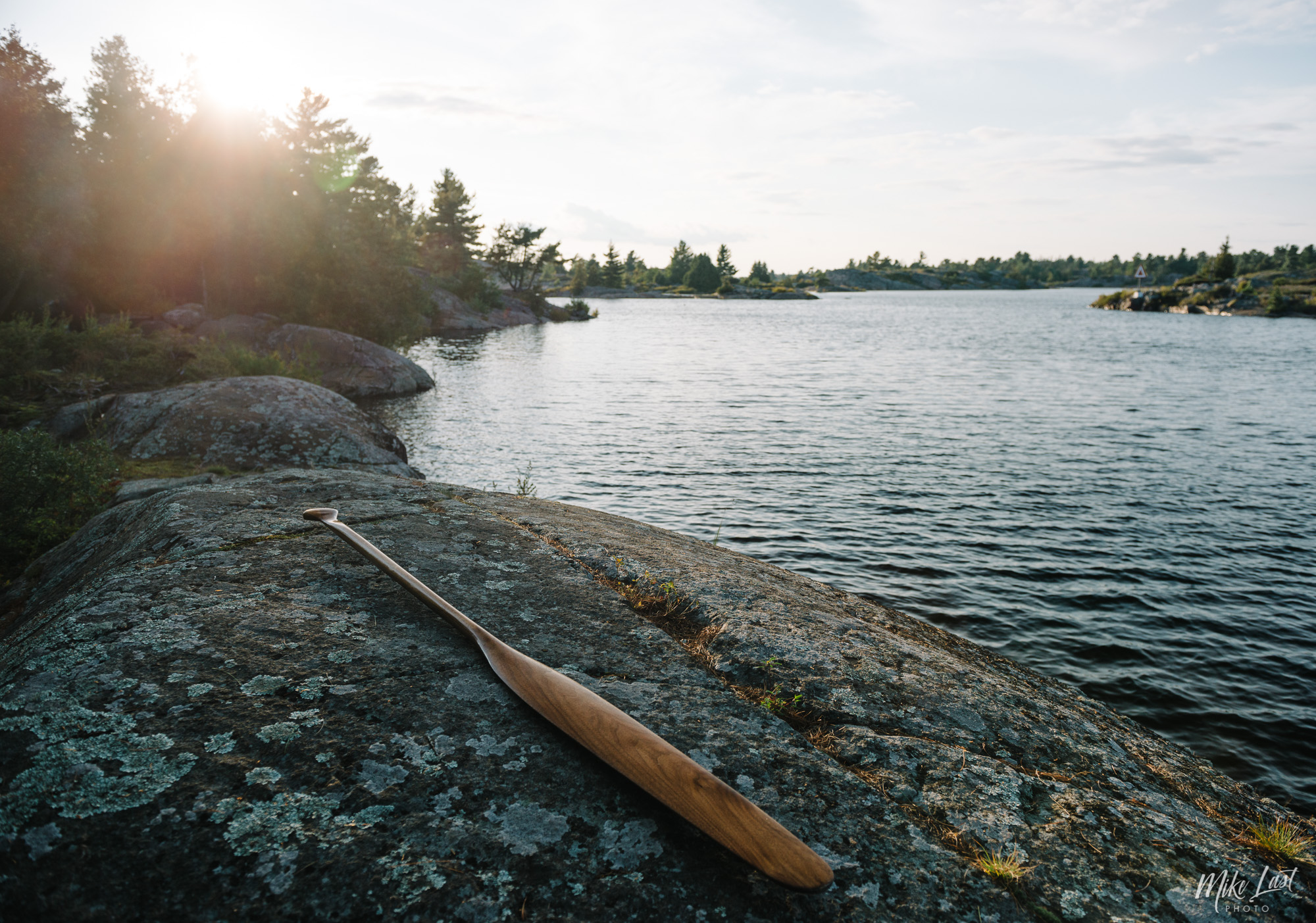 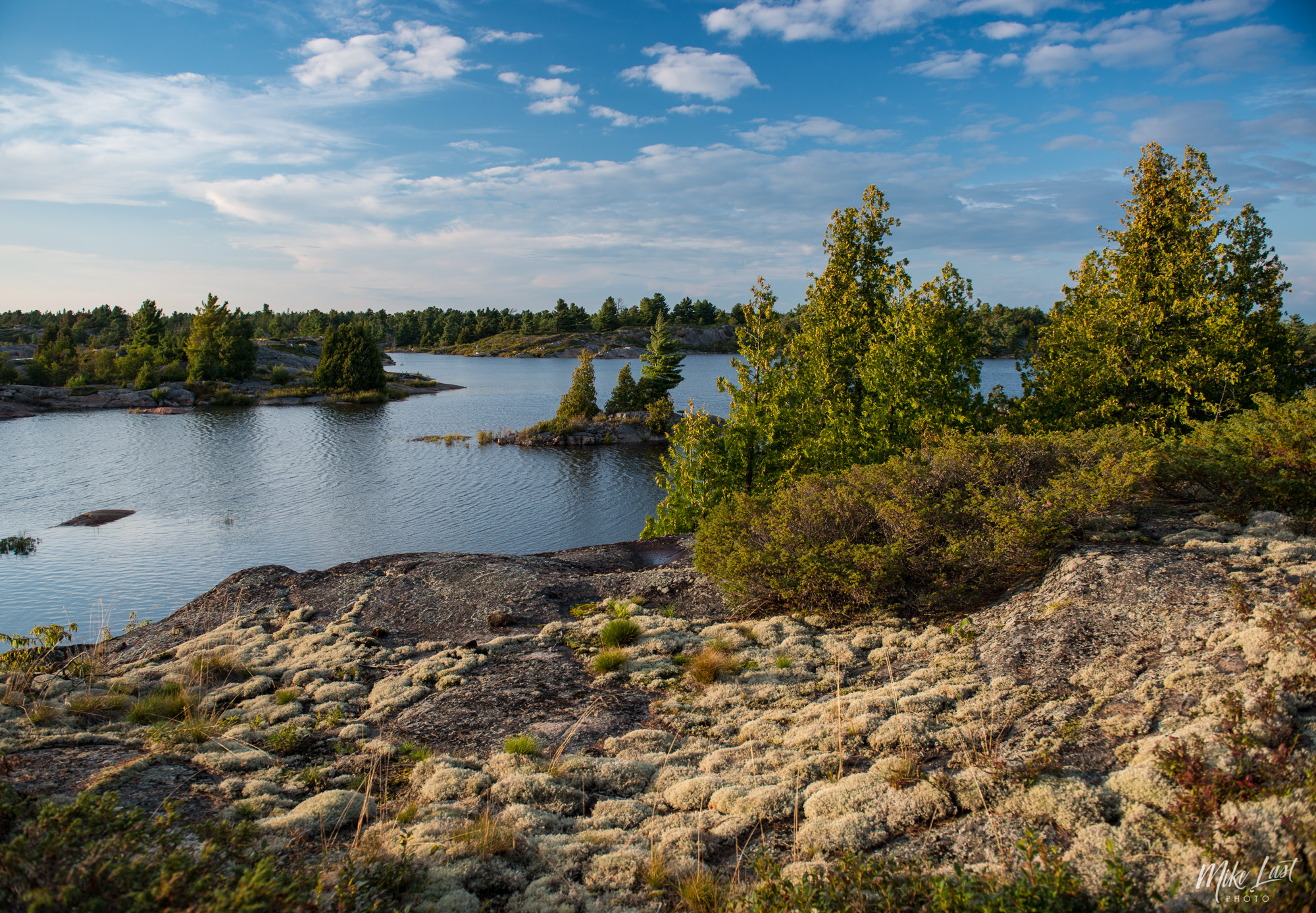 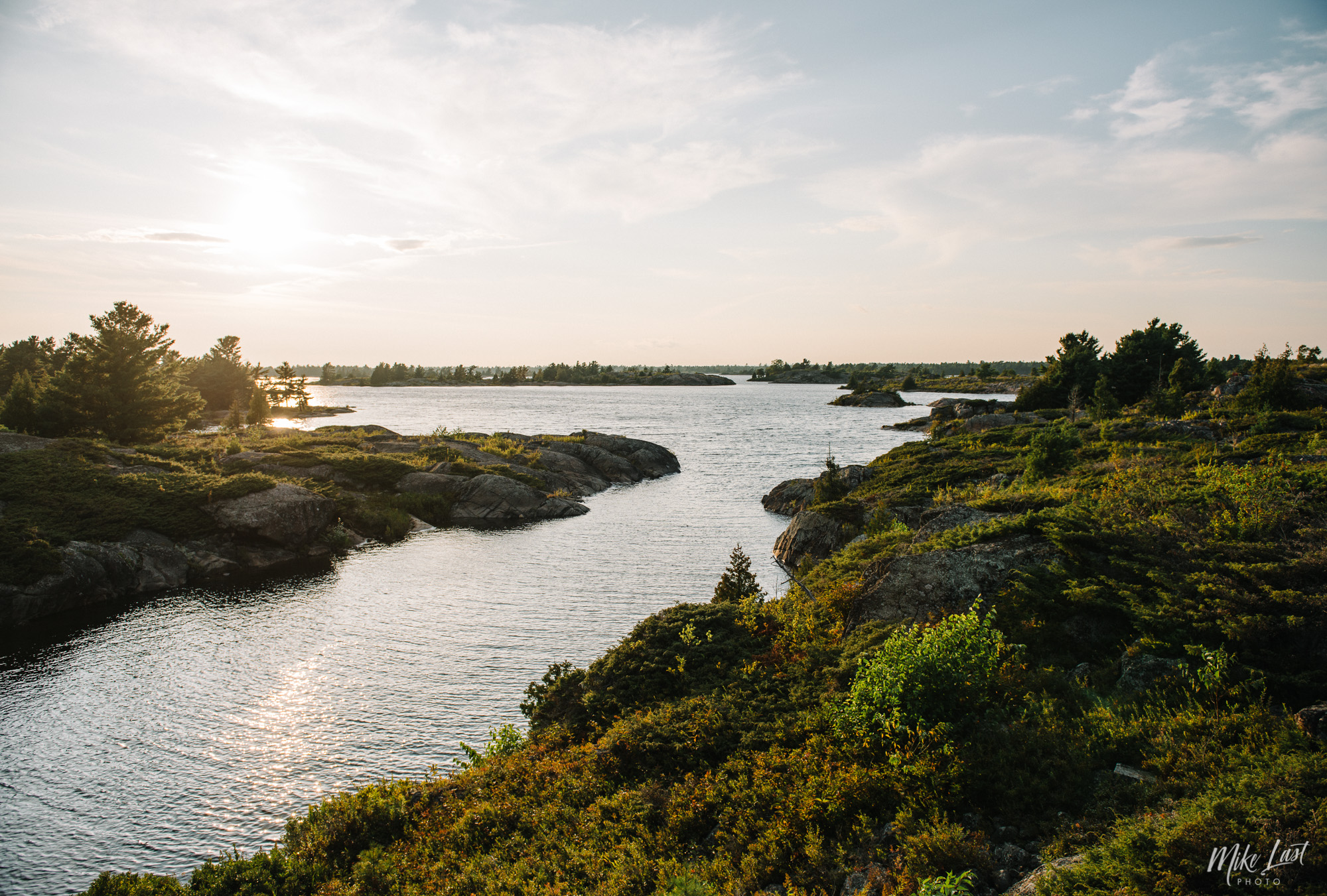 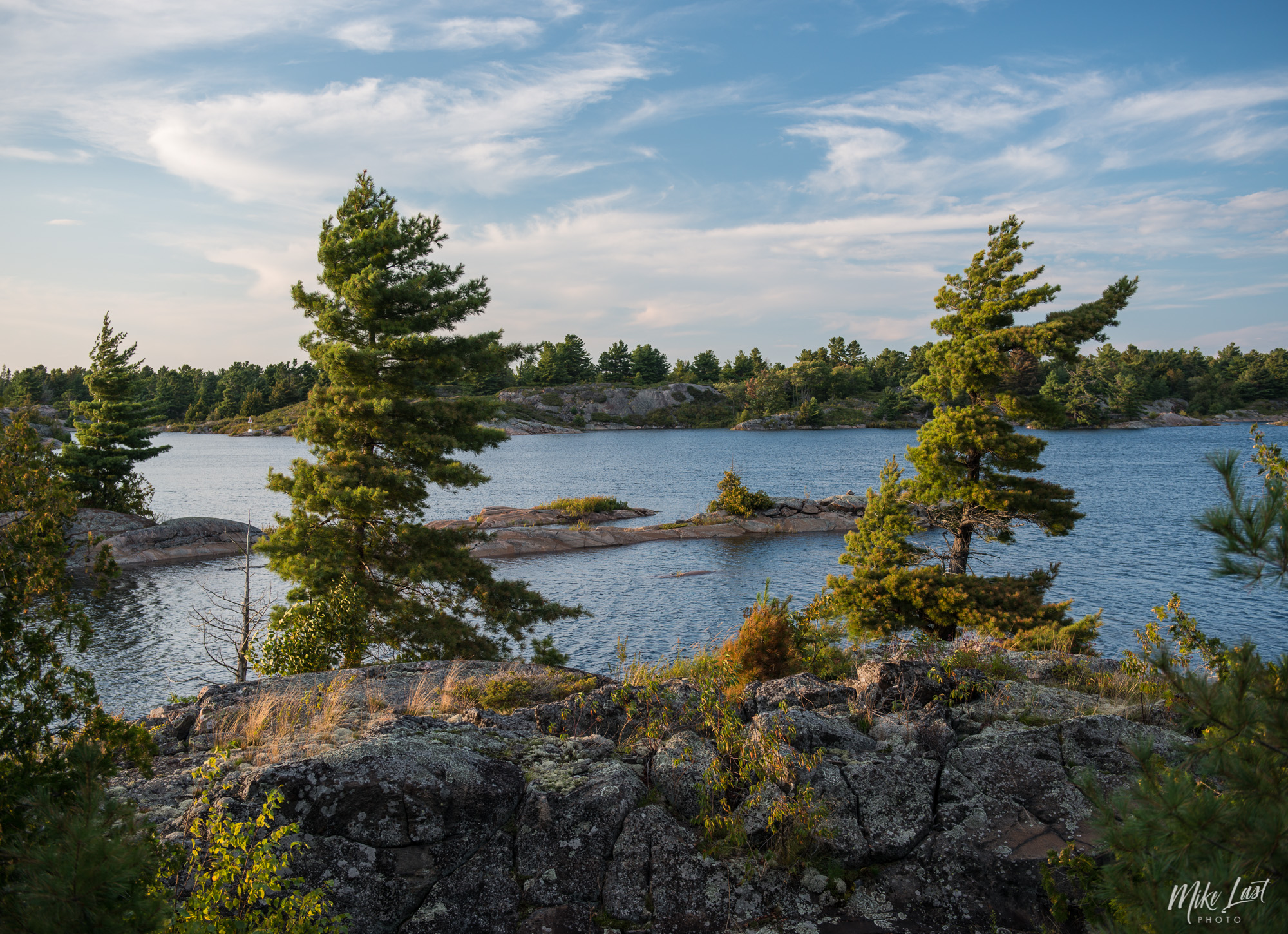 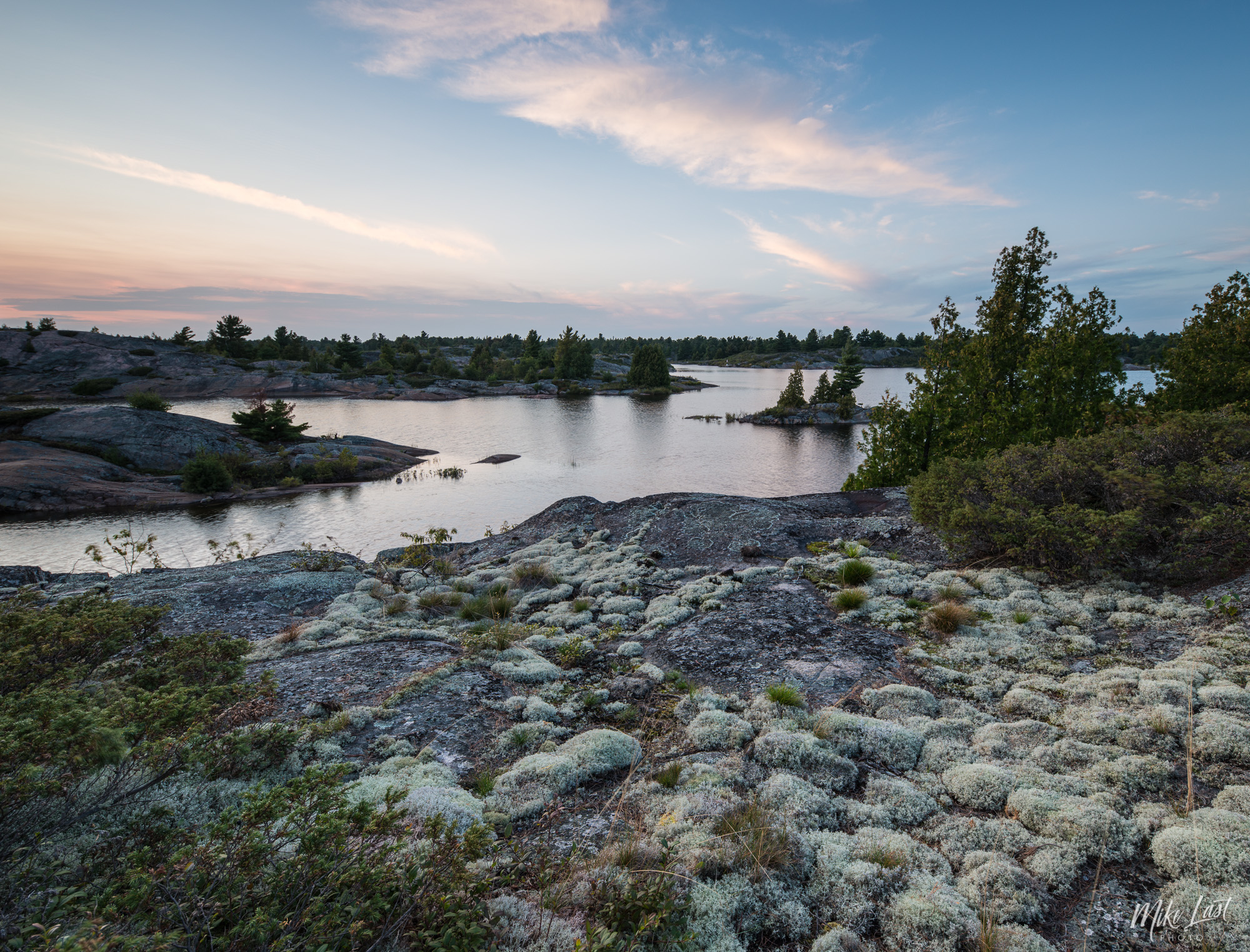 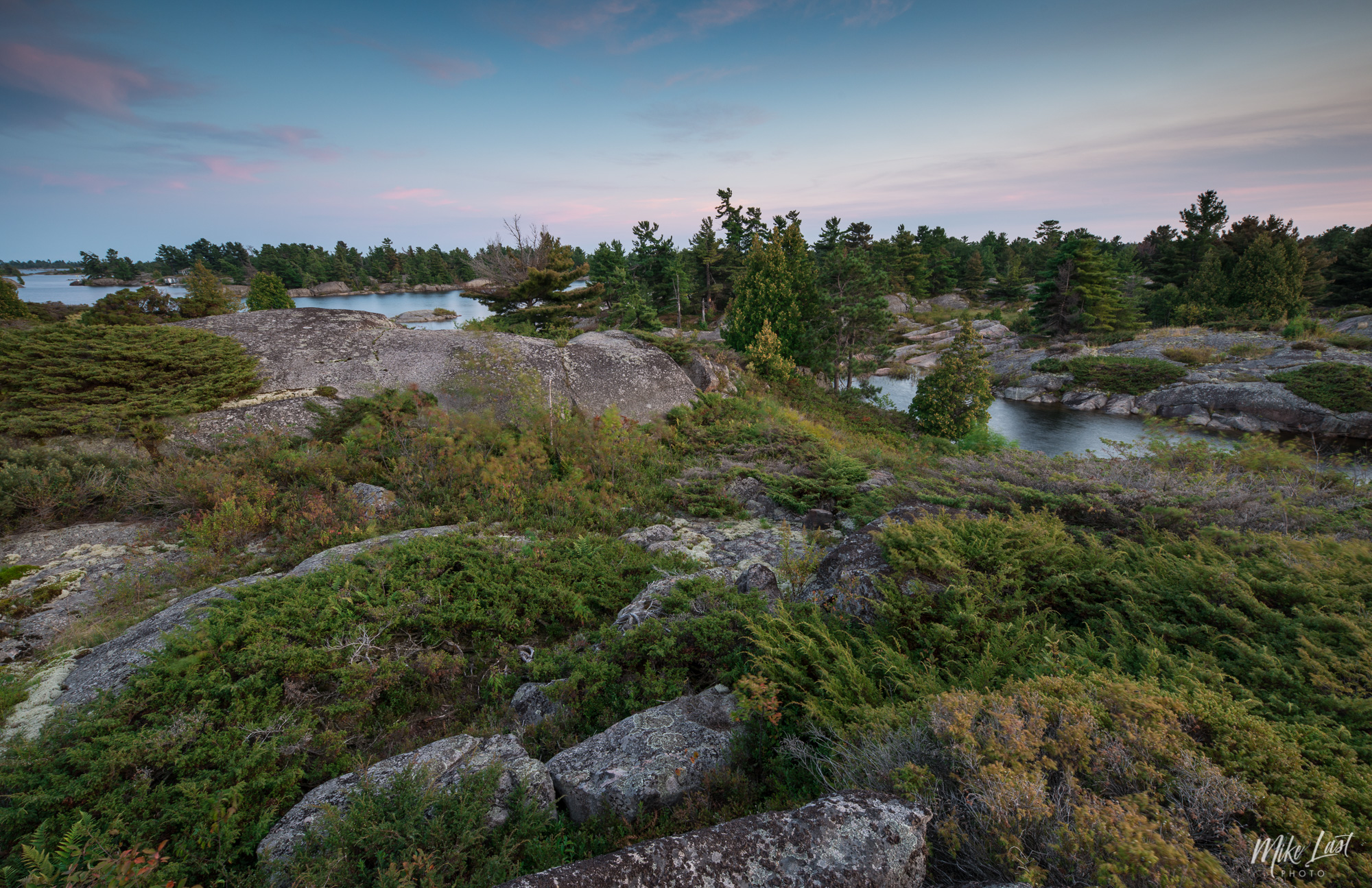 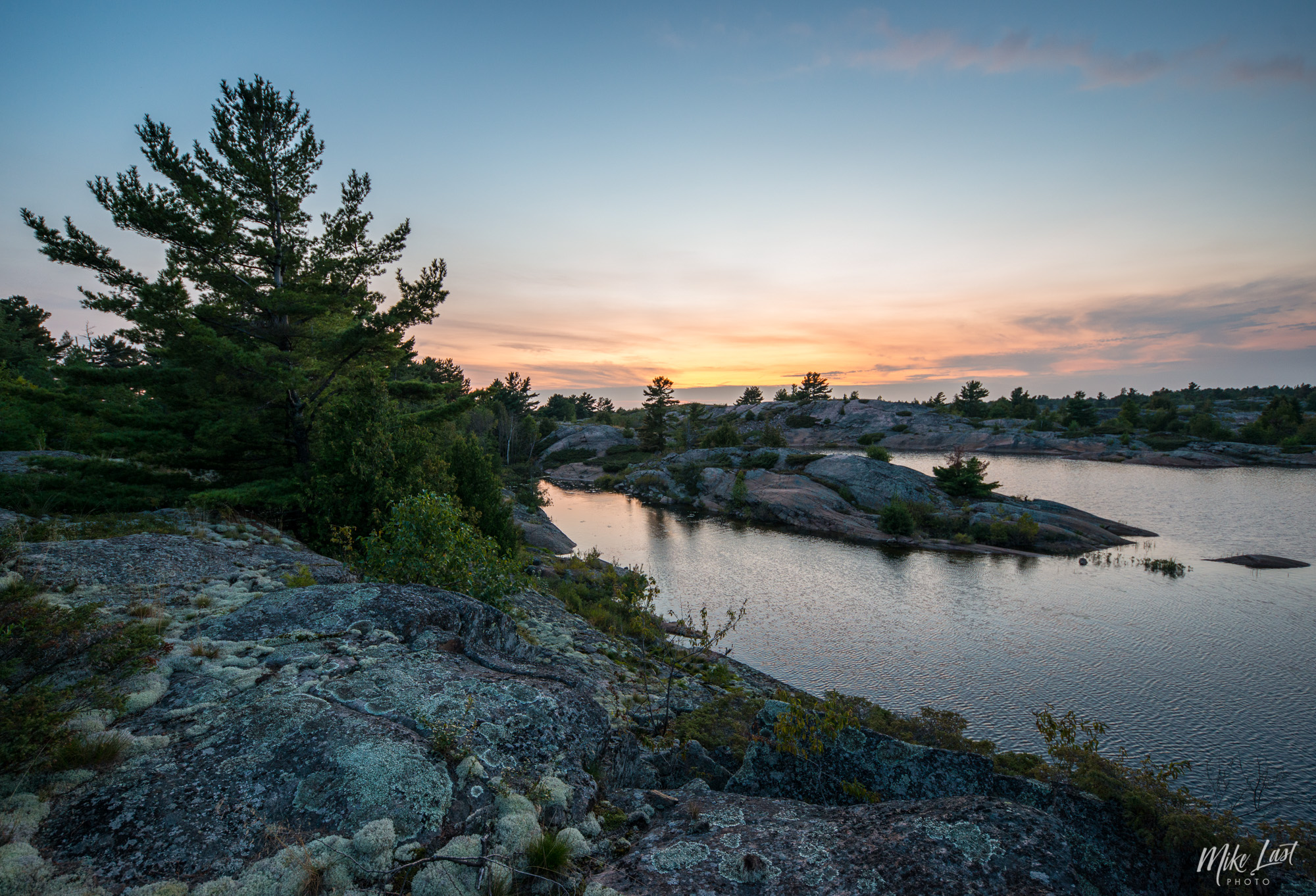 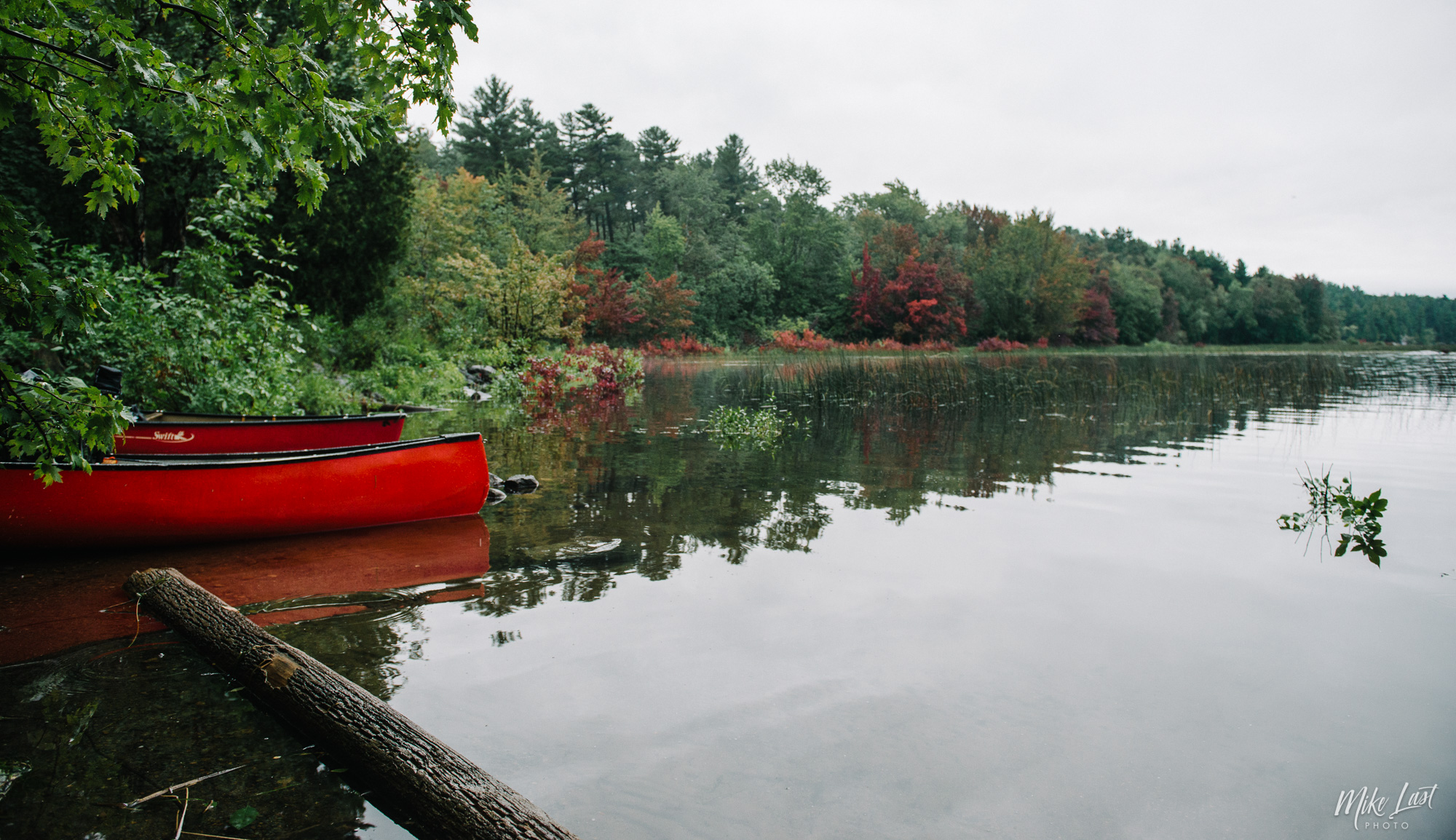 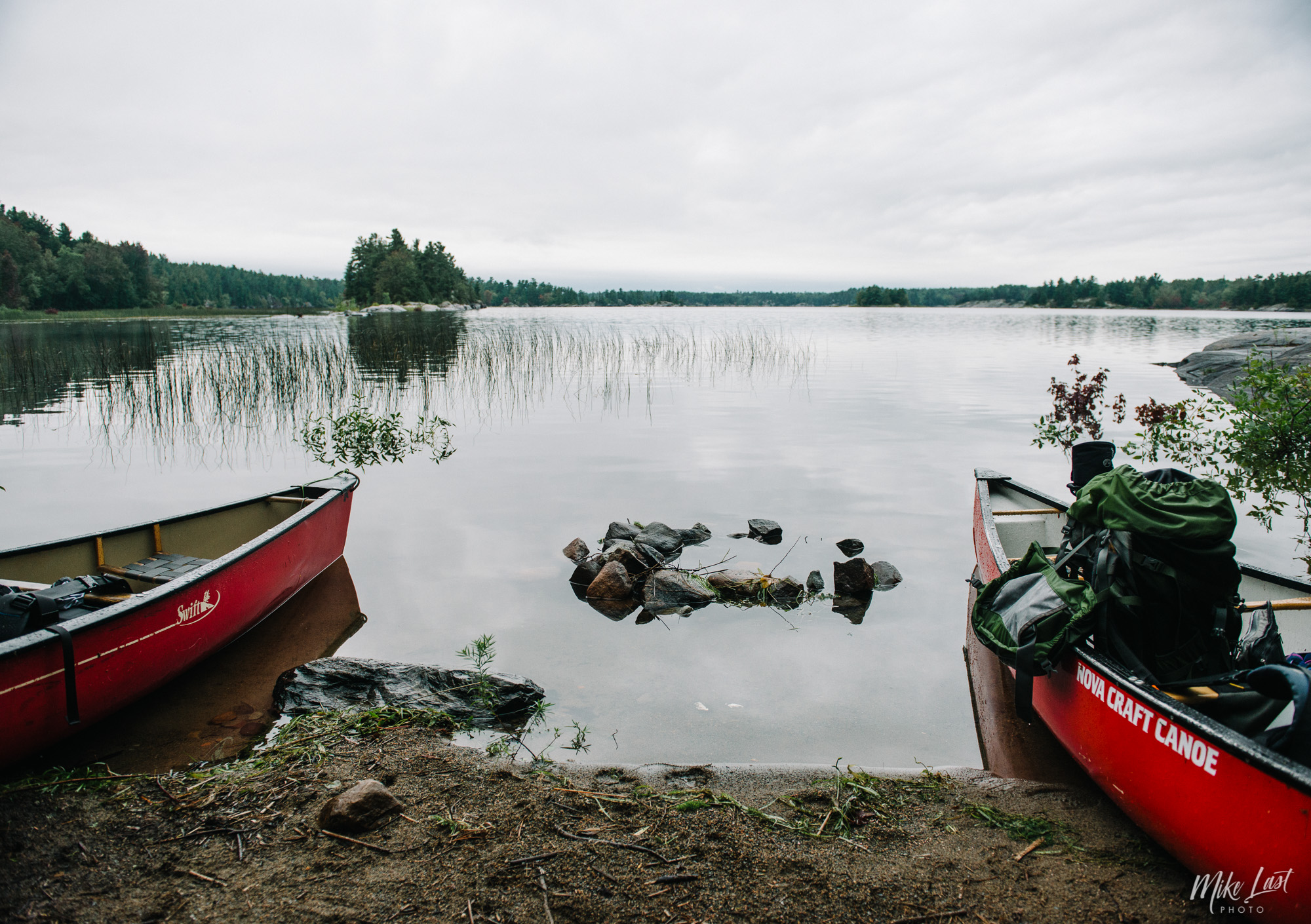 With a lack of portages and shorter duration than usual on this trip, weight was a bit less of a concern.

Thanks for your kind words! I’ll refer to the Unlostify French River Maps: https://www.unlostify.com/pages/french-river-wall-map-download-terms-conditions
For this trip, we started at French River Supply, just off Hwy 69 and left the other car at Hartley Bay for the way out.
First night was campsite 642 in Canoe Channel. Only a 50m and 30m portage that day.
Second day we paddled the rest of Canoe Channel to Main Channel and stayed on site 718. A single 310m portage. The headwinds coming into Georgian Bay can be fierce and we tried to take as much shelter in the islands as possible.
Final day we paddled up Eastern Outlet to Hartley Bay. Just a short 50m portage that day, but we were in a thunderstorm for much of the day.

Have a safe trip!
Mike

Hi Mike, incredible pictures ! I was looking at this post and wondered about your route on the French river. I’m planning the same trip and would love if you had information to share (exact route, distance, etc…). Thank you! Loraine 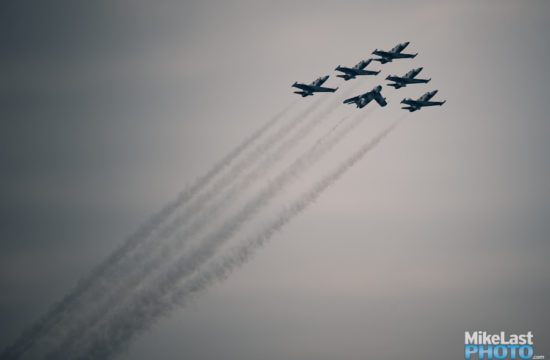 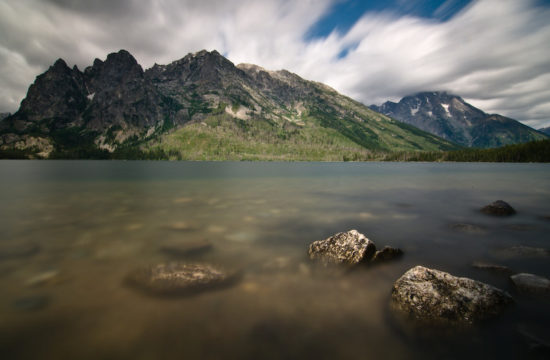 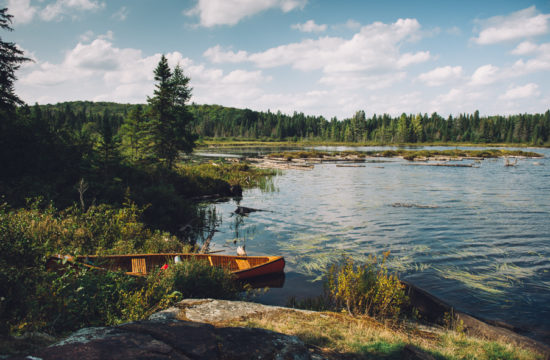